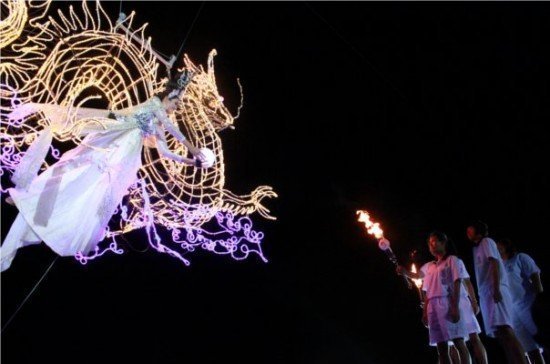 On May 26th, Mr Chumpol Silpa-archa, Minister of Tourism and Sports, presided over the opening ceremony of 28th National Youth Games or “Phuket Games 2012” at Surakul Stadium.

During the ceremony, head of the Sports Authority of Thailand (SAT) Kanokphan Julakasem mentioned the importance of the games while Phuket Governor Mr Tri Akkaradecha delivered a speech on the games, and PPAO president Mr Paiboon Upatising welcomed honoured guests, SAT committee, athletes and teams from 77 provinces, media, and those who attended. 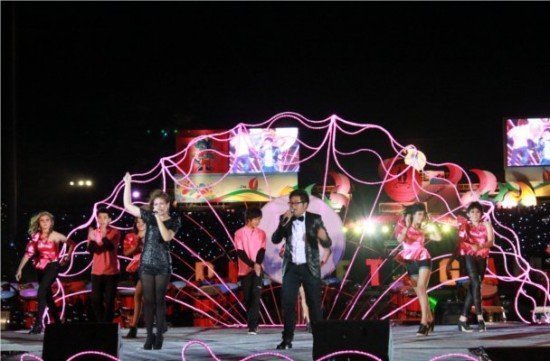 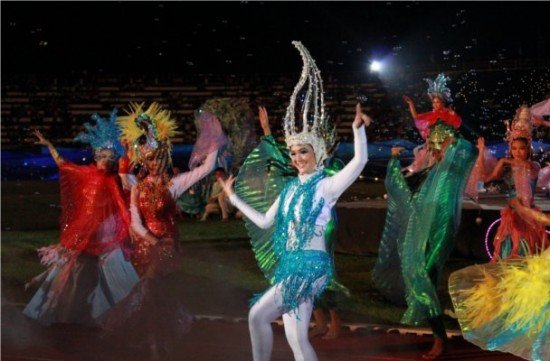 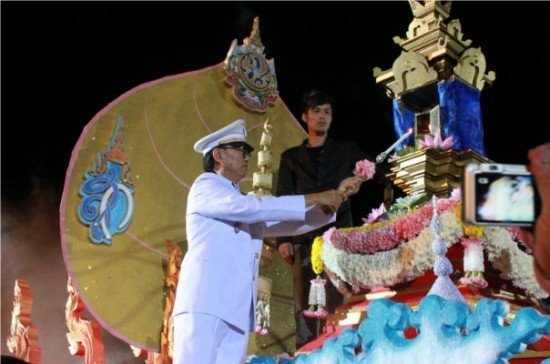 The highlight of the ceremony was the games flame which celebrates 3 occasions: celebrate His Majesty King Bhumibol, “King of Sports,” on his 85th Birthday, celebrate Her Majesty Queen Sirikit on her 80th Birthday and to celebrate His Royal Highness The Crown Prince Maha Vajiralongkorn on his 60th Birthday. The torch was relayed by 4 young Phuket athletes: Miss Jinjuta Thongtun, Miss Bussarin Ruktaengarm, Miss Pattaraorn Jindapol and Mr Maneepong Jongjit, and the flame was lit by Miss Uraisri Watsang, Thai Supermodel 2011’s Miss Photogenic from Phuket. 6 shows under the theme of “Amazing Phuket” which featured great techniques, sounds, and other effects were beautifully performed.

Mr Paiboon said, “It was an honour to welcome everyone to Phuket, the Pearl of Andaman. As PPAO is responsible for the opening and closing ceremonies, all budgets are spent to make these performances the best. It’s a good opportunity to promote Phuket and show its potential in tourism and sports. We hope that every one of you will enjoy the games and will be impressed by our hospitality and friendship. However, we hope to welcome you again in the near future. 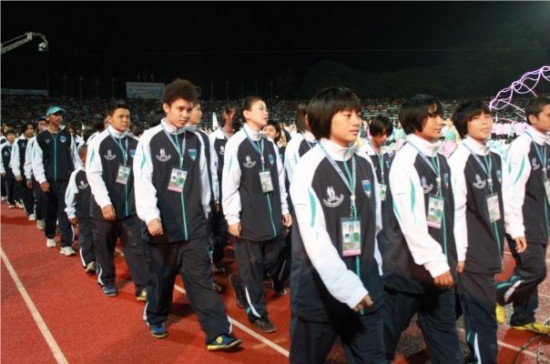