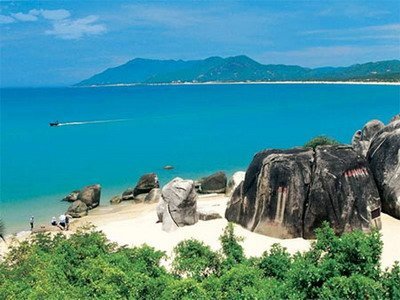 Tri Akaradecha, the Governor of Phuket said after he returned from the 14th In-Island Tourism Policy Forum (ITOP), held in Hainan Province in China, that 14 countries sign an MOU in the forum including Bali Island in Indonesia, Cheju Island in South Korea, The Philippines, Canada, Japan, Sri Lanka, and Phuket on behalf of Thailand.

Phuket as a sister-province to Hainan Province was invited to give a statement about green house effects and energy saving, especially by decreasing plastic bags use. Tri said that most of the provinces attending the forum were islands and has main income from tourism. He said that Hainan, as the host location, was impressed by Phuket since our island was beautiful and could make more than 100 billion baht of income to Thailand. The governor had invited the countries attending the forum to visit Phuket in the future. He added that the forum was a chance to promote Phuket to people in Hainan and other provinces in the forum to come and spend their vacations in Phuket.