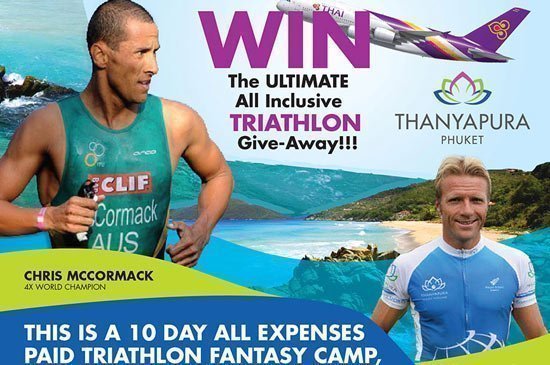 The competition is open to people aged 18 and over and runs until 1 May 2015 (enter here:http://www.thanyapura.com/win) with the winner flown to Phuket on a round-trip ticket from anywhere in the world for a camp customised by four-time world champion Mr McCormack and eight-time Ironman champion Mr Zack.

Mr McCormack, Thanyapura Executive Chairman, said the success of the facility’s debut Supercamp last August convinced him of the need to open the world-class training experience to everyone.

“What we’re offering is the chance for age-groupers to train like a pro in an environment that lures some of the planet’s best triathletes,” he said. “Being immersed in that setting for 10 days under the guidance of Jurgen and myself promises to introduce you to something new about yourself as an athlete, while you will receive all the knowledge needed to become a better triathlete.

“On hand will be the best coaching, nutrition advice, sports science advances and training facilities. I have been a professional triathlete for many years and have trained all over the world and I’ve never experienced a better triathlon training facility than what we have here.”

Thanyapura Phuket is a sports training, education and health destination set on 23 hectares of pristine land located close to Phuket International Airport and the resort island’s famed beaches. It utilises a patented mind, body and soul coaching philosophy to get the best out of people through its team of elite educators, coaches, sports scientists and medical and health practitioners. 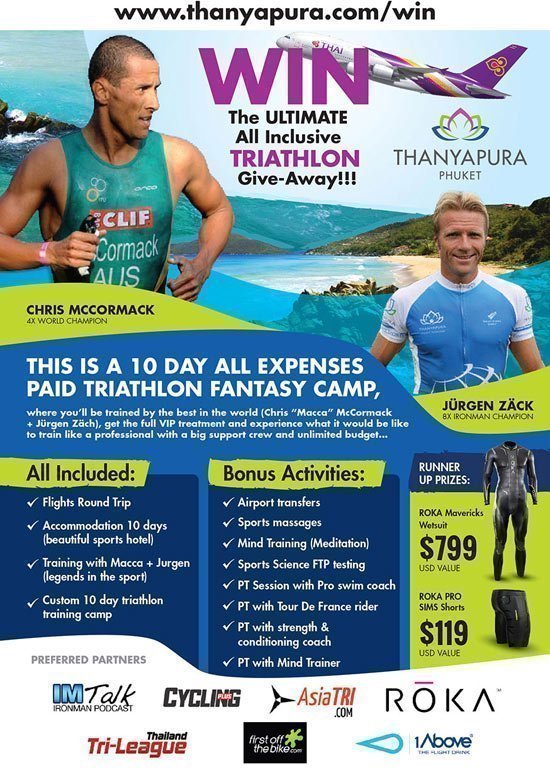