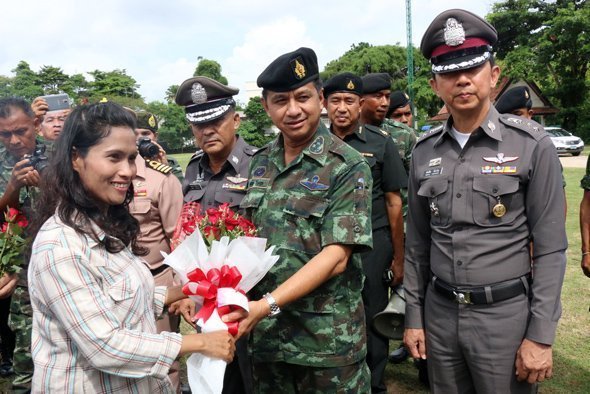 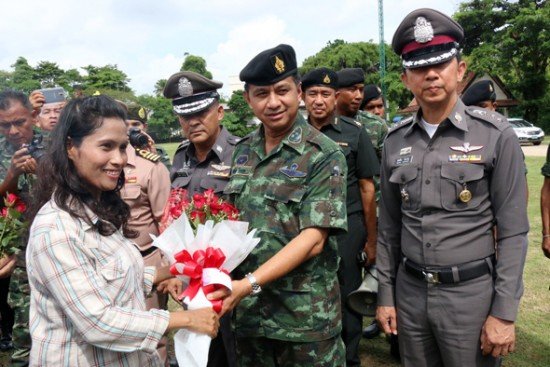 On 27th May 2014 at Sanam Chai Park in Phuket Town, Maj Gen Peerapon Wiriyakul – Commander of the Royal Thai Army’s 41st Infantry Division received a letters of gratitude, flowers and encouragement from various organizations in Phuket including the Formal Education Network, representatives from the Network of Farmers, women from the Volunteers Guards, military students, school and university students, government officials. There were around 700 people who turned out at the park and Maj Gen Peerapon promised that he would pass on the thanks to General Prayuth Chan-Ocha and that they help resolve the country’s problems as quickly as possible.

Khun Thanadon Yuenyon, a representative of the local farmers said “We would like to thank the National Council for Peace and Order – NCPO for helping the rice farmers from across the country get their long awaited money for the rice they had pledged under the rice pledging scheme.”

Phuket has now been sent military personnel to help maintain peace in the community areas and to assist police with security at Tha Chat Chai Checkpoint in Thalang. However, the military will be unarmed to ensure they do not cause panic or concern amongst the public and the island’s tourists.