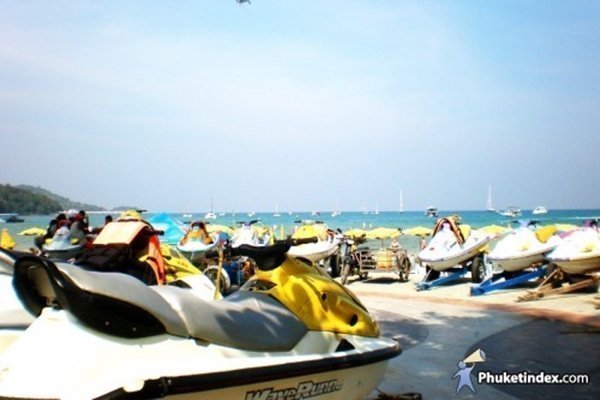 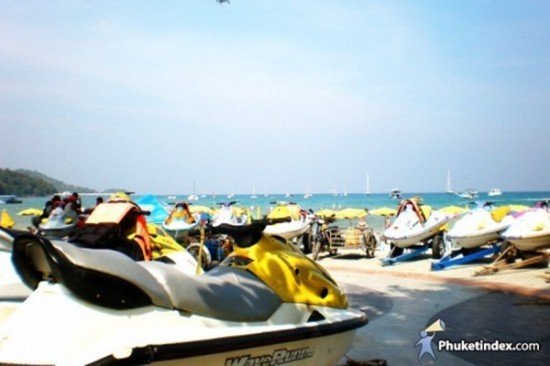 The fate of Phuket’s jet skis and parasails is set to be discussed this coming Monday (27th October 2014) at a meeting being attended by the Kathu District Chief, Phuket Marine Office 5, and representatives from jet-ski and parasail businesses.

Jet skis have been a focal point of attention at Thailand’s tourist destinations for a long time, the owners of the jet ski businesses have often been accused of extorting money from tourists who have hired the jet skis and then been accused of damaging them. However, more recently, following the NCPO’s order to remove all vendors from Phuket’s beaches, the jet skis and parasails have come under more scrutiny as many people have queried how they have been allowed to continue to operate as they are also seen as a commercial activity.

The meeting is being held following the announcement on Tuesday (21st October) by Royal Thai Navy 3 Commander Vice Admiral Saiyan Prasongsomret that jet-ski businesses are not allowed to park on any of Phuket’s beaches as they are also using public land for commercial purposes.

Although it is not yet clear what will be discussed at the meeting, planned to be held at 10am at the Patong Council offices, many residents on the island are hoping that the businesses will be banned for good as many see them as something that has plagued the island for decades, and are one of the main things that ruin Phuket’s beaches.

We’re sure that a number of resident’s here will eagerly await the outcome of Monday’s meeting and we will keep you informed of any developments.