The northern Phuket resort scene has much more to offer than the typical hustle and bustle area of the south-west coast in Patong, Kata & Karon.

Unlike the other parts of the island, Mai Khao Beach on the north-west coast, close to the airport, and a little bit deeper in Phang Nga Province, almost silently became the destinations for those who want relaxation and privacy – popular for niche markets for a perfect getaway.

Who is the ‘The North Phuket Resorts Marketing Initiative’ and what is it for?

We (JW Marriott Phuket) and the other four resorts in Maikhao area have come together to form ‘The North Phuket Resorts Alliance’ to promote north Phuket as a special destination. A nice collection of high end resorts are telling everybody that we have a lot more to offer here. So we are working together to put north Phuket and Mai Khao Beach on the map with our unique selling points.

So what is actually going to happen in the north of Phuket at the moment?

Good news for Phuket and travellers: “This year on December 3rd-5th 2010, we are going to have ‘The North Phuket Culinary Arts Festival’. Because other than the natural beauty you get in north Phuket and Maikhao Beach that you can also enjoy exceptional culinary experience all the resorts offer.

“It is going to be three events over the King’s birthday weekend. The first event is at SALA and Renaissance; they join together for the Friday night event. The next event on the Saturday night is going to be at Anantara – with Aleenta in Phang Nga coming down here – working together. And on Sunday, at JW Marriott, we are going to have ‘The Brunch of Your Life’, a family brunch. You can join any of the three individual events or you can surely buy a three day pass.”

Any update within your own hotel?

“On Wednesday 20 October 2010, we joined in collaboration with over 3400 Marriott hotels in 69 countries around the world to host the ‘World’s Largest Thai Dinner by Marriott’. It was a feast for the Guinness Book of World Records and was once again a good opportunity we proudly presented to promote an image of Thailand’s tourism industry. Thank you very much for those who honoured us at the historic event.” 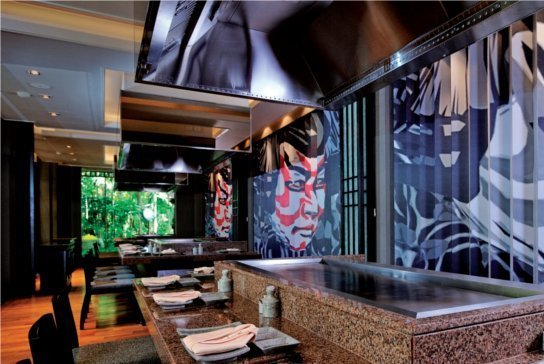 Apart from past and upcoming events, the GM also revealed to us that JW Marriott is doing an upgrade in response to information technology advancement and a major refurbishing program to better its facilities. “We are very much a family resort, so families with 2-3 kids are in the normal picture here. Other than the great kids club we have, kids (even parents) who are quite tech savvy these days, with their toys and tech gadgets that are brought along while they are travelling, can now just plug in to our 42 inches LCD TV directly and immediately enjoy their own entertainment. The resort has wireless internet as a new feature as well – of course you can still have wired internet connection through the wall.

The technology will keep you connected to the world wherever you are in the rooms. “Other than the guestrooms, we also just re-launched our new lobby lounge that was refurbished earlier this year. We have a new Japanese restaurant since December last year and plan to renovate our conference facilities in the middle of next year. Again, with all new soft goods, new Audio Visual facilities, guests will have a enriching experience every time they come back -ever-changing, always amazing.”

Robert J. Lohrmann has been appointed as the General Manager of the JW Marriott Phuket Resort & Spa / MVCI (Marriott Vacation Club International) Phuket Beach Club and the recently opened Mai Khao Beach Club since the end of 2008. He is a native American who has been with Marriott for almost three decades. Prior to this, he has ever been at the JW Marriott Beijing, Ritz-Carlton Beijing, and other Marriott’s hotels in Asia and around the world.