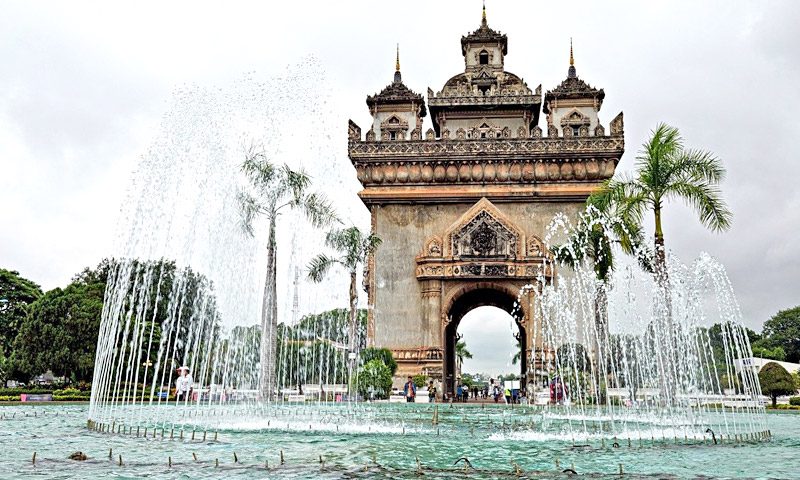 A visit to Laos is vaguely reminiscent of a step back to a simpler time. While Laos certainly has modern technology and some modern infrastructure, most of the country is content with a more traditional, slow-paced way of life that accentuates their culture. It is in these tenets of Laos society that one can find true beauty in some of the cultural sights in Vientiane.

Laos culture values heritage and history of feats of technological advancement. Where modern cities like New York or Hong Kong are renowned for their skyscrapers, impressive subway systems, and metropolitan aura, Vientiane boasts sights that are so old that their origins are more legend than fact.

For your next trip to Laos, be sure to spend time in Vientiane and visit these stunning attractions.

If one were to chart the highs and lows of Laos’ long and storied history, the 20th century would look like a sine graph. French imperialism opened the doors of western influence to the landlocked nation, culminating in what was ultimately the removal of French control in 1953.

To commemorate their independence from France, Laos erected the massive Patuxai Monument in the middle of Vientiane, directly back from the Mekong River. Perhaps an homage to the French, or a sly way of boasting their newfound independence, the monument was named and designed after France’s Arc de Triomphe, with Patuxai meaning “victory gate”.

Now, the monument is a must-visit on any traveler’s itinerary and is one of the most important sights in Vientiane.

Located around 45 minutes from downtown Vientiane, Buddha Park is an expansive field full of Buddha icons and statues. With over 200 Buddhist and Hindu statues and icons on its premises, Buddha Parks attracts hundreds of tourists daily.

Despite its religious overtones, Buddha Park is not a place of worship. This separates it from other sights in Vientiane, such as Wat Sisaket or Pha That Luang. The statues in Buddha park are purely for entertainment and education.

After traipsing around the grounds, guests can navigate their way to the Mekong River and look out into Thailand. Time it right, and you may catch a signature Laos sunset.

What would a visit to a Southeast Asian country be without a visit to a night market? They are a perfect way to cap off a busy day in a new city, and the Vientiane Night Market is no exception.

What makes the Vientiane Night Market different from other night markets in Southeast Asia is that the emphasis of the market is not on food or handcrafts; rather, it’s about community. Since the market is located adjacent to the Mekong river, locals will flock to the market area each night to hang out, exercise, and share a meal or drink.

While the night market is not a cultural site in the sense that it radiates history, it is one of the best sights in Vientiane to get the full experience of Laos culture.