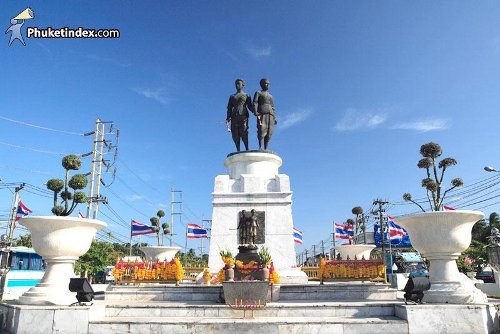 The important life-size of two heroines monument at Tha Rua, Thao Thep Kasattri and Thao Sri Soontorn stand side by side on this decorated marble plinth. 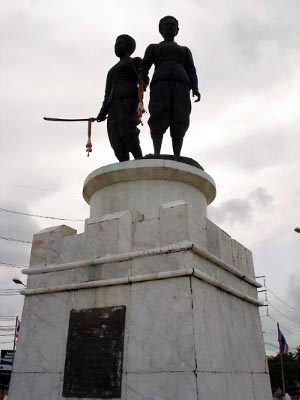 In recognition King Rama I bestowed upon Khun Ying Jan the honorific Thao Thep Krasattri, a title of nobikity usually reserved for royalty, by which she is known today. Her sister became Thao Sri Soontorn.

On On Hotel in Phuket