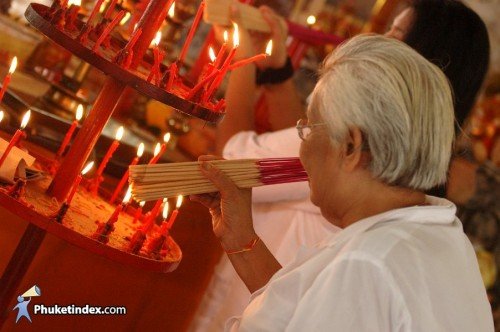 19 October 2009 – The president of Phuket Chinese Shrine Club, Mr Prasert Fakthongphon said after a meeting with concerning agencies that Phuket Vegetarian Festival this year is set during October 18-26. Now every shrine is preparing for the chanting ceremony, venue, the officiants, foods, road traffic, security, ambulance, public relations and so on.

Further, Phuket Chinese Shrine Club also announced that they will have a special activity to felicitate the beloved king. The ritual will take place on Monday 19th October, the second day of festival at Saphan Hin from 5pm onwards.  Jui Tui Shrine which is one of the oldest shrine in Phuket will be responsible for the whole ritual.