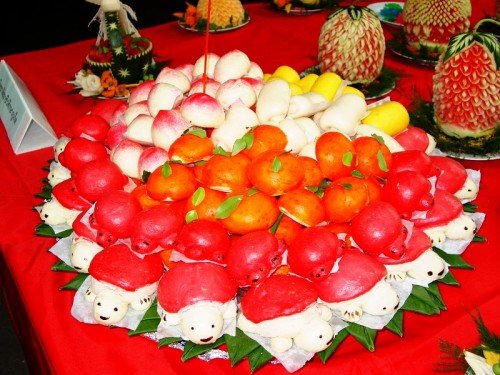 This is an ancestor’s festival of the ethnic Chinese that falls on the seventh Chinese lunar month, which is the same as the ninth lunar month of the Thais. Special foods, flowers and candles are presented to the ancestor’s altars. Cakes in the shape of turtles are made from flour. It is an important merit-making festival.