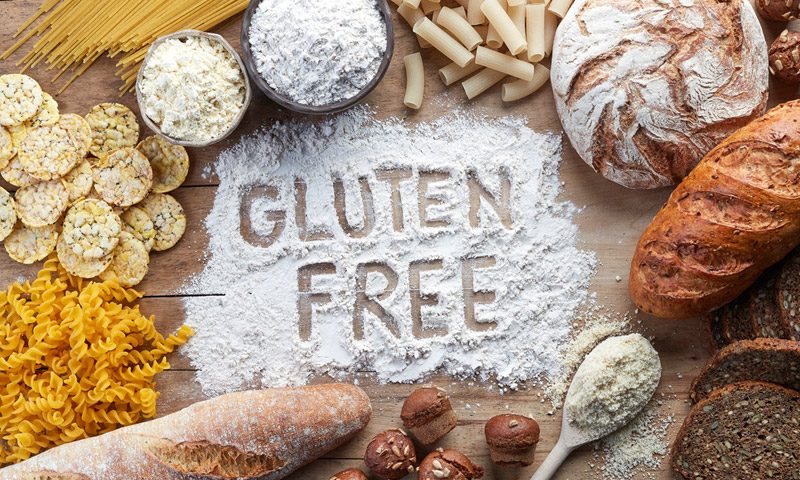 For those who have Celiac disease, the need to find gluten-free foods in Bangkok is not as hard as you might imagine. Most of the basic foods included in a Thai diet are actually gluten-free. This includes all rice and rice noodles.

This means that you’re safer and better off eating a healthy diet of Thai food. But for those who like to sample eating different foods, or need to have more variety in their diet, exploring these different foods can be like gambling with your health. Foods, especially processed foods, can contain gluten even when the product doesn’t contain any wheat.

Because Celiac disease affects only approximately one per cent of the population, many manufacturers aren’t as aware as they could be of the need to properly label food that contains foods that affect the intestines of those with Celiac disease.

This means that it falls to the consumer to be extremely vigilant and only consume foods that are labelled as gluten-free.

What is Celiac Disease?

Patients having Celiac disease has been misdiagnosed for years as having other afflictions until the identification of the cause of the disease was found. The disease is a genetic autoimmune disorder whose symptoms are triggered by eating a protein called gluten. This protein is found in grains such as wheat, barley, and rye. It’s also found in other foods such as brewer’s yeast.

When people living with celiac disease consume gluten, it can damage a part of their small intestine called the villi. Once the intestine is damaged, they’re unable to absorb nutrients from food. This can lead to malnourishment and several other problems including thyroid disease, infertility, cancers, osteoporosis and other autoimmune diseases.

Avoiding Gluten in Your Diet

Currently, there is no cure for the disease. A strict, gluten-free diet is the only control for the disease. But as awareness for this disease continues to grow, many grocery stores are beginning to offer gluten-free foods in Bangkok as a way to provide their customers with some protection and comfort.

These gluten-free foods in Bangkok markets consist of many food categories that you may not have thought would contain gluten such as chocolate products, salad dressings and cheeses. But because of additives containing gluten, they trigger reactions in gluten-intolerant individuals and people with Celiac disease.

Fortunately, with gluten getting so much negative press these days, the number of products being certified as gluten-free is growing. Gluten-intolerant people are now able to eat many of the foods that were once off-limits to them.

Gluten-free foods in Bangkok are now occupying more and more shelf space in grocery stores all over the city, much to the relief of those who have Celiac disease. With manufacturers both local and foreign realizing how much one per cent of the population can actually be, they’re doing their best to provide the ‘gluten-free’ description to all the foods they produce that are safe to eat for the gluten-intolerant.

Bangkok shoppers who are gluten-intolerant can now shop with confidence and enjoy a much greater variety of foods than ever before.

Book a Siam Hostel in Bangkok