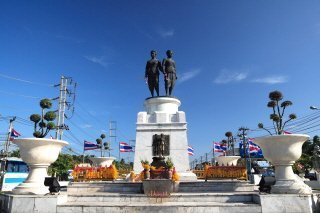 About 7 million baht budget to be funded about by 19 Local Administrative Organisations. PPAO offers the most 6 million baht.

The Festival will include a mass ordination of monks during 6-20 March, 2010, a ritual worship of Phuket’s ancestors on 12 March, a laying flower garlands ceremony on 13 March, a sport event on historical road on 7 March, touring to historical sites during 8-10 March, and light and sound show as well as other performances during 13-15 March, 2010.