The BMW-Sauber F1 team chose Phuket for a stop here after their race in the 2010 Formula 1 Singtel Singapore Grand Prix which was during 24-26 September 2010. Phuketindex was delighted to pop down for a casual short interview with its smart Team Manager Beat Zehnter, at the new style beachfront hotel in Patong ‘B – Lay Tong Resort’, their chosen hotel.

So you have just come from the race in Singapore, how was it?

Not very good. Unfortunately, we qualified where we should be normally in the Top Ten (with one car 10th the other 15th) but Kamui Kobayashi (their team’s Japanese driver) had an accident crashing into a barrier on lap 31. And their other driver Nick Heidfeld was ‘pushed out’ by Michael Schumacher on lap 37. So at the end, our drivers did not finish the race.

So the team is not satisfied with the outcome of the race in Singapore?

You cannot be satisfied with two cars crashing (laughing). The target for us is definitely to beat Williams [Williams-Cosworth] who before the race in Singapore had 20 points ahead of us. And our target to the end of season is to beat the Williams Team. But we didn’t finish the race and they got 9 points more. So now it’s a 29 points difference – a little bit difficult of a target.

We know that the Singapore Grand Prix is the only night race on the circuit. How is it different from the day races? Is it more difficult? 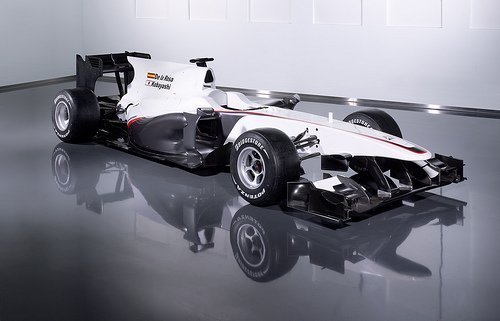 What and when is the next race?

Next race is in Suzuka, Japan on Sunday 10 October 2010, Kamui Kobayahi will drive at his home race. Nick will drive at his favourite circuit. We are very much looking forward to a good result. [Kamui Kobayashi put in a great performance in the F1 2010 Japanese Grand Prix. He eventually took seventh in Japan and claimed six championship points. While Nick Heidfeld also drove a very good race and took the chequered flag in eighth].

Is the whole team here in Phuket?

Have you ever been to Phuket before?

For me personally this is the fourth time. I have been here with the team two years ago – as well as the Singapore race.

Why did you choose Phuket for a break?

Phuket gives you a great variety of holiday activities, indeed. You can go scuba diving, you can rent a scooter and explore the island. While on the other hand, you can relax at the pool or you can have a party at night just nearby your hotel. You have everything in Phuket. That’s why. .. for us it is short. It’s the best island to go to from Singapore as it’s so close.

Where have you visited while staying here?

To be honest, most of the time was relaxation for me here. But I have been scuba diving on a dive boat for two days. So we slept on the boat. We went to Phi Phi and other islands. Then we went to a very large and nice restaurant to enjoy fusion food.

Do you have any good stories about Phuket to share with us and our readers?

Phuket is good for us. You can have everything. You can do whatever you want here. We will be looking forward to coming back.

If Phuket happens to have a circuit, what do you think?

In these days, it’s difficult for any country to get a formal long race circuit. You need a lot of money because the facilities and infrastructures for a model Formula 1 circuit are very expensive. You also need a lot of space. It’s like you have to build a second airport. It would be nice if you have one here, otherwise I don’t know if this is possible.

Thank you very much for your kind interview with us and of course for choosing Phuket. We wish you all the best while staying here and for the races to come.