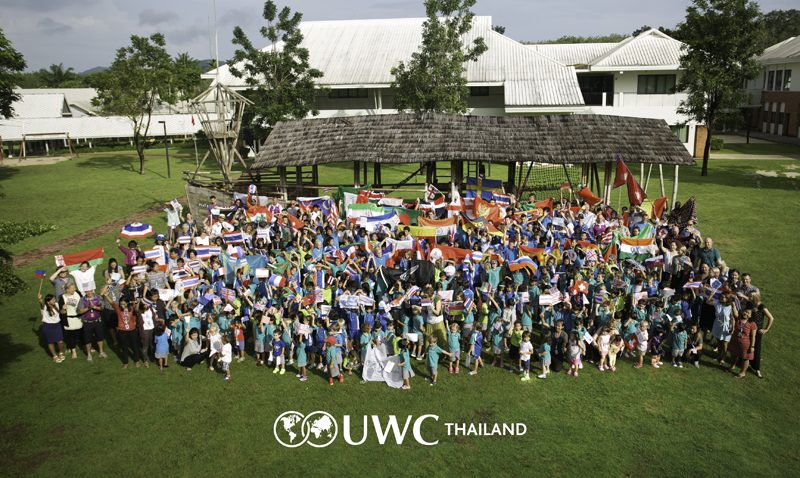 Giving cause for celebration, the first graduating class of United World College Thailand (UWC Thailand) exceeded expectations. Ending the year with an impressive International Baccalaureate Diploma test score average of 33.6, well ahead of the worldwide average of 29.95, the nineteen students of the class of 2017 made history as the inaugural graduating class of the recently opened UWC Thailand, Phuket.

Special recognition is awarded to Nhi Tran from Vietnam, who received 41 out of a possible 45 points, the highest in the class. Additionally, 3 bilingual diplomas were awarded to students who are fully functional in two languages.

While nine of the graduating students have decided to take a gap year before starting college, a number to engage in service projects in their home country, all nineteen have been accepted to universities in the USA, Canada, the Middle East, and Asia. Additionally, every student has received either a full scholarship or a substantial financial aid of up to US$ 73,000 for the year, enabling them to enrol in world leading universities.

In true UWC spirit, the graduating class presented a framed pledge signed by all class members, committing to an annual contribution to the school’s scholarship programme in order to enable more young people to receive a UWC education. Julian Whiteley, Head of School said, “This is an extraordinary gift to the school and a testament to the students’ appreciation of the essence of learning.”

Class representative Bushra Shaikh, from India, has shared a common sentiment among her classmates, she says, “UWC taught me how to embrace diversity and resolve conflict to make sustainable peace, which will stay with me no matter what I am doing in the future.”

Ayesha Khanna, CEO and Co-Founder of artificial intelligence advisory firm ADDO AI, Co-Founder of the Hybrid Reality Institute, and a graduate of Harvard and Columbia University, spoke as a guest speaker at the graduation ceremony, with an important and inspiring reminder to all young minds and future change makers that, “We are in the Age of Collaboration, not the Age of Competition.”

UWC Thailand holds steadfast to its mission of making “education a force to unite peoples, nations and cultures for peace and a sustainable future”. Part of the global network of 17 UWC schools and colleges that are educating over 12,000 students, UWC Thailand is a deliberately multicultural community with scholars from such countries as Nepal, Belarus, Italy, the Philippines, Germany, Vietnam, Zimbabwe, Chile and, of course, Thailand. More than just a school, UWC Thailand strives to equip students and graduates to succeed and make a lasting, positive change to society.

Kindergartens in Bangkok Help Ready Your Child to Learn

Many parents misunderstand the purpose of a kindergarten in Bangkok. They think it’s the beginning…