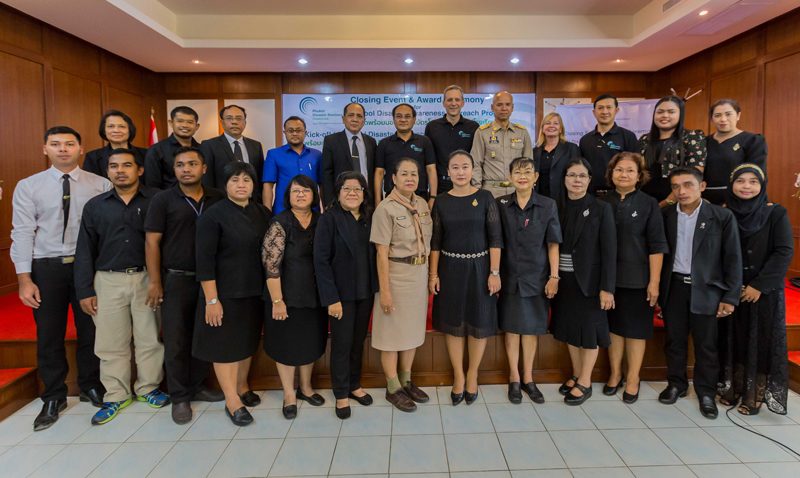 On June 21st 2017 the Phuket Disaster Resilience Foundation (PDRF) held the closing and award ceremony for the first in-school training project on disaster awareness and response in Phuket at the Srinagarindra The Princess Mother School (Chalerm Prakiat Srinagarindra School). 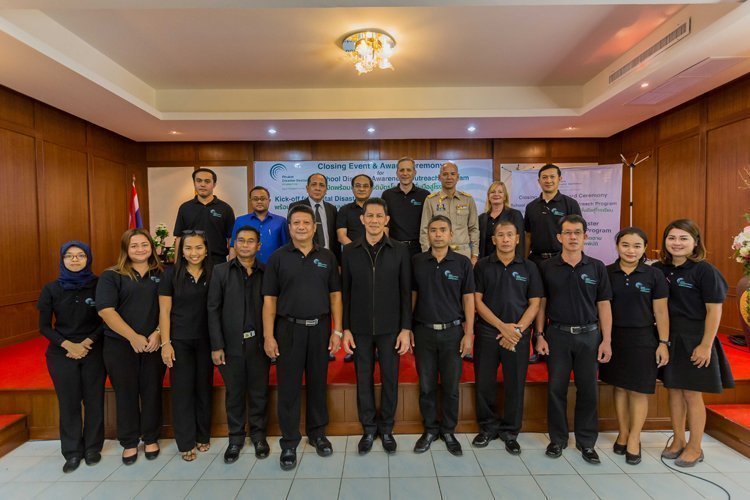 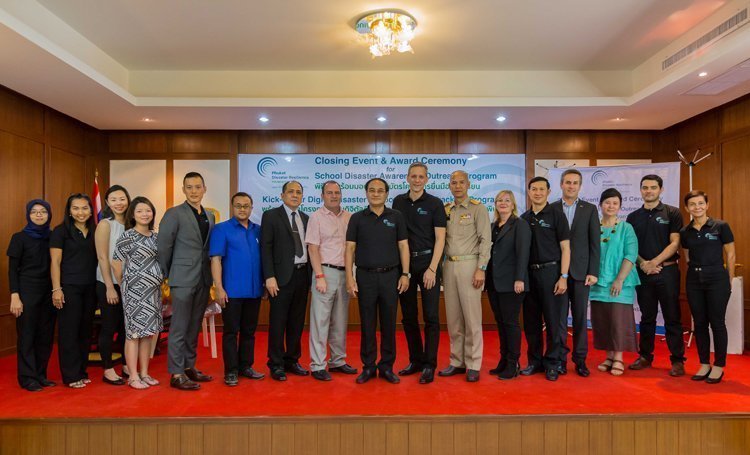 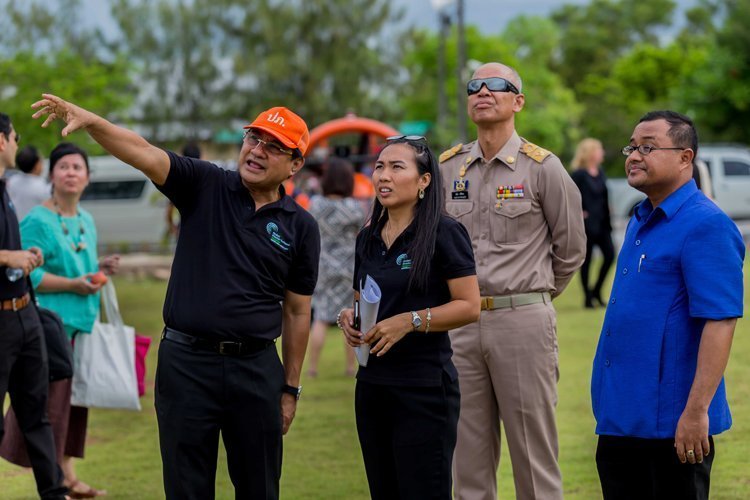 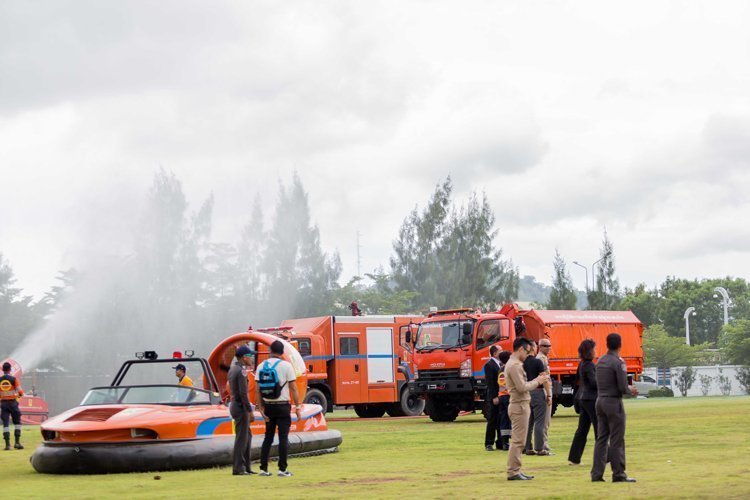 The Earth Observatory of Singapore (EOS) generously sponsored a training series that featured professional trainers from the DPM Phuket, as well as its Phuket-based members from the DPM Academy. This training series was designed to introduce 11- and 12-year-olds to Disaster Resilience – a topic that the School Outreach Project plans to integrate into the ongoing curriculum of the schools in Phuket.

Between 5th to 16th June 2017, more than 2,200 Mathayom 1 (Primary – Year One) students, from 20 schools in Phuket, attended these earthquake and tsunami safety sessions. The training series was aimed at teaching children about earthquakes and tsunamis to help them to think critically and be able to take the right actions during disaster events. To reinforce their learning in disaster safety, the children participated in several activities, including a mapping exercise of the different evacuation routes.

The event also marked the start of the Digital Disaster Response Asset Tracking Program initiated by PDRF. The program seeks to create a digital inventory and real-time tracking capability of all available disaster response equipment in Phuket across government agencies, private sector organizations and NGO’s. DPMRC18 as a lead partner in this new program showcased their disaster response trucks and other equipment during the event.

When you support a worthy education charity in Thailand, you’re supporting the future of Thailand…