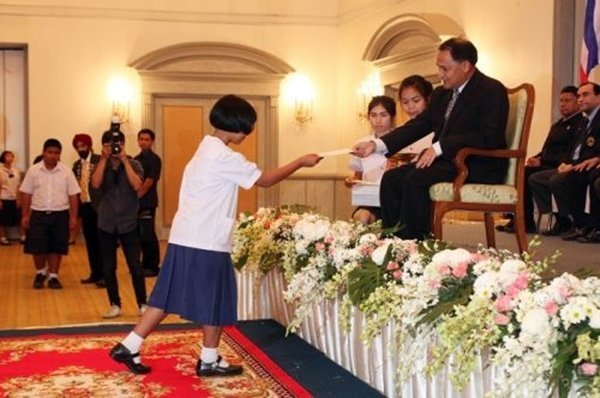 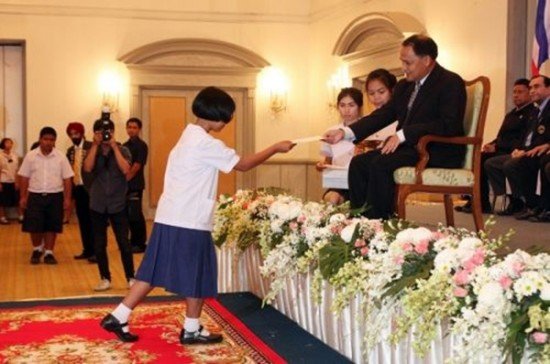 Originally called Continual Educational Grants, the project was founded in 1995. Eight years later it was taken over by Lion Andaman Club which receives support from all local and international Lion Clubs worldwide. Renamed Phuket International Education Grant Foundation, its office was officially opened on November 7, 2002 by HE Pichit Kulawanit, Privy Councilor, who is also Advising Chairman of International Lion Club. Mit Singsatjakul, who was elected Chair of the Foundation since its inception, has been working hard to secure educational funding for local children from low income background for the last 20 years. HE Pichit also supports the program by personally funding continual education grants for two students, one of whom has now completed his higher education degree in 2011. The second student continues to receive support from His Excellency up to this day.

President Mit Singsatjakul highlighted the aims of the Foundation, which are to support education of children from poor families thereby helping to address social problems in areas of child labor and prostitution. To be eligible, students must have domicile in Phuket and their parents’ combined income must not be over 20,000 baht per month. Aside from this group, students with extenuating circumstances can also apply. Funding ranges from: 4,300 baht per primary pupil/year; 6,300 baht for middle school student/year; 9,300 baht for secondary student/year: and 12,300 baht per year for each student in higher education. The Foundation deducts the first 800 baht from each grant to cover expenses. 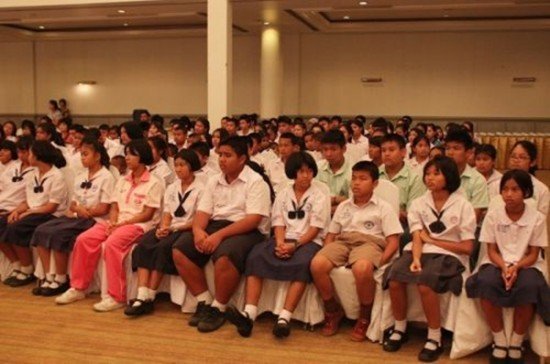 In 2014, which is its 20th anniversary, the Foundation will give 270 grants in the total value of 1,700,000 baht, to students in 36 schools. This amount represents donations by eleven countries including Sweden, Switzerland, Australia, Norway, Germany, Austria, America, UK, Canada, Denmark, Singapore and Thailand (Bangkok and Phuket).

In terms of statistics, the Foundation has offered 31 education grants equivalent to 172,303 baht during its first year of inception in 1995. The support represented donations from Sweden, Austria and Thailand (Phuket).

The Foundation enjoys continual support from international communities making it one of the highest recipients of donation in the country in the area of education.

Statistics relating to the tsunami grant is as follow: In 2005, the Foundation received funding in the value of 1,041,798 baht from donors from nine countries. The fund was intended for 20 children who became orphans after tsunami. These children continually receive educational grants until all but two completed higher education recently. The two students are studying now in secondary school in Phuket.

During the last ten years, 109 tsunami grants, equivalent to 726,000 baht were awarded to students.

The final outcome of this project is that many students received a chance to complete higher education. Many are now in employment, able to look after themselves and their families. They proudly take their parts as good citizens in the society.