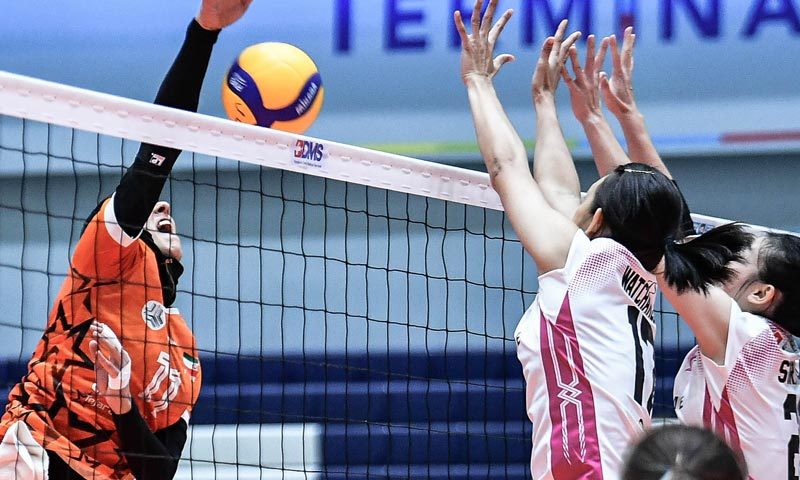 Supreme Chonburi, which landed the Asian Club title two times in a row in 2017 and 2018, fielded a strong line-up led by powerful Wipawee Srithong and Waranya Srilaoong to beat Saipa 25-21 in the first set, thanks to their excellent teamwork and solid defense.

In the second set, both teams were levelled 15-15, but double aces of Soodabeh Bagherpour helped Saipa advance 19-16. However, Pleumjit Thinkaow saved the day for Supreme Chonburi when she produced sliding attacks to narrow the margin 18-19 after Supreme Chonburi’s head coach Nataphon Srisamutnak asked for timeout. Saipa blocked the Supreme Chonburi’s attacks and tore their defense apart with their attacks to close the closely-contested set 25-22.

Supreme Chonburi took an early lead 4-1 in the third set forcing the head coach of Saipa to call timeout to improve their fortunes. Still, Supreme Chonburi came up with their exceptional tactics and form to win the one-sided set 25-13.

Supreme Chonburi came into the court in the fourth set with the winning attitude as they took the lead 8-4 and left the Iranian side by wide margin 16-7 at the second technical time-out. The substitutions fielded by Saipa’s head coach Maryam Sadat Hashemi could not make any changes as their determined Thai rivals remained firm to take the comfortable set 25-13.

“It was quite a competitive game for us and we are a bit excited. We need to adjust ourselves with the game. In the first two sets, Saipa controlled the game by performing aggressively. Aside from being

strongly-built, they also utilised the height advantage against us. The Iranian team have developed their game a lot since last time we have met. Going down in the second set, we were not upset with the result because the game was not yet over. We tried to concentrate more on our game and learn to fix the mistakes. That’s what counts for the win,” Supreme’s captain Pleumjit Thinkaow commented after the match.