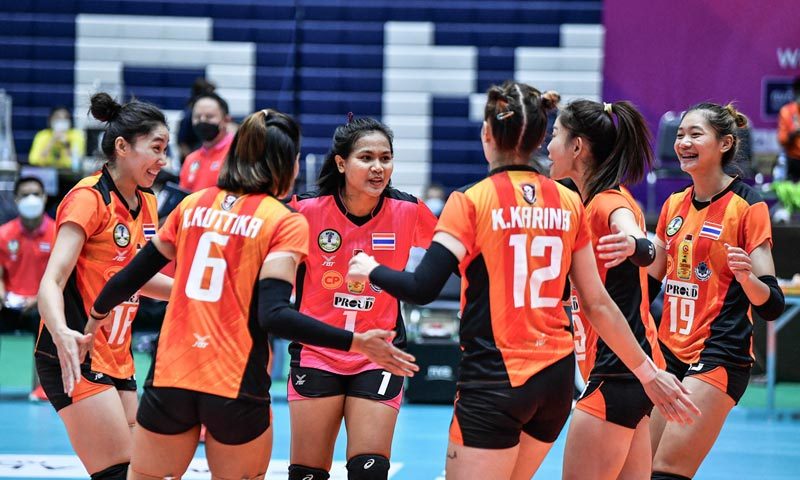 Chatchu-on tallied 18 attacks, one block and one ace to lead a bevy of strong Thai hitters of Ratchasima QminC VC to their first victory in the one-week championship. Team-mate Kannika Thipachot also made double-digit efforts with 14 attacks.

On the Philippine side, Tyler Marie Kalei Mau led Choco Mucho with 12 markers built from 11 attacks and a block.

Nakhon Ratchasima QminC VC fired on all cylinders as they kept the Pilipino Choco Mucho’s defense struggling early on in the match. They excelled in their attacks to post an early lead and a 25-11 win in the opening set.

In the second set, Choco Mucho played better in transition plays to counter the strong Thai side. However, Nakhon Ratchasima QminC VC had the better end game and managed to take a 2-0 set lead with 28-26.

Nakhon Ratchasima QminC VC dominated the third set from the very first with Chutchu-on leading the charge in attack and match down the final stretch to take the first win in the tournament.