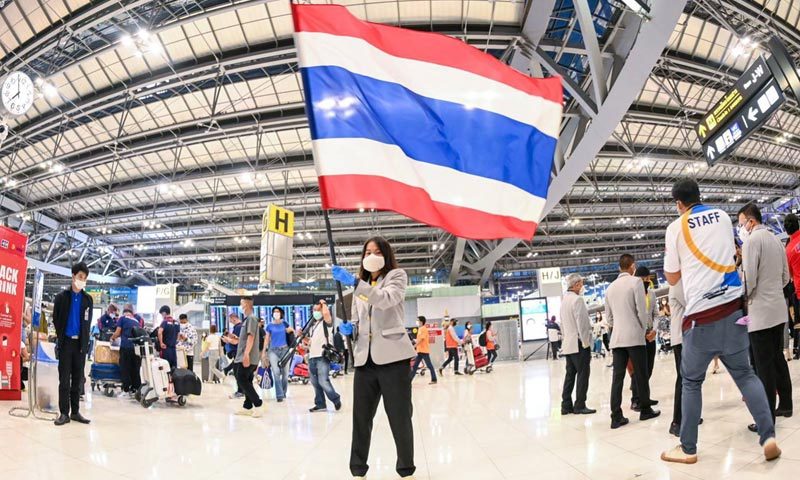 Thailand is targeting at least one gold medal from taekwondo, badminton or golf as 41 Thai athletes carry the nation’s hopes into the 2020 Tokyo Olympics, which start on Friday under a COVID-19 “bubble”.

The Thai delegation of 15 male and 26 female athletes will maximise their efforts to bag the Bt12 million offered as incentive for a gold medal at the Games, postponed from last year due to the outbreak.

But of all 15 disciplines that Thai athletes have qualified for this year, only three offer a potential gold medal for Thailand, according to Sports Authority of Thailand and Thai Chef de Mission Thana Chaiprasit.

The Kingdom’s heavy favourite for a podium-topping performance is world No 1 taekwondo exponent Panipak Wongpattanakit in the women’s 49kg. The 23-year-old from Surat Thani has won every other major event, including the 2015 and 2019 World Championships and two straight Grand Slam titles in 2018-19. After settling for bronze in the 2016 Games, she is determined to grab the elusive Olympic gold medal to fill the only gap in her trophy cabinet.

The Sports Authority of Thailand is also eyeing glory in the badminton golf and competitions.

After their hat-trick of wins in the Thailand Open I and II and the World Tour Finals in January, badminton mixed duo Dechapol Puavaranukroh and Sapsiree Taerattanachai are going for gold in Tokyo. The world No 2 pair have vowed publicly to achieve a breakthrough for Thai badminton at the Olympics after Boonsak Polsana came closest by finishing fourth at the 2004 Games.

Meanwhile, women’s golf stars Ariya Jutanugarn and Patty Tavatanakit stand as Thailand’s other realistic hopes of a gold medal following their outstanding results this season. Former world No 1 Ariya triumphed twice, becoming the first Thai to win her home LPGA tournament in May before tasting victory alongside her sister Moriya at the LPGA Dow Great Lakes Bay Invitational in Michigan last Saturday. For Patty, she celebrated her maiden title in the ANA Inspiration and became the second Thai to win an LPGA Major.

Dangled in front of Thai athletes as incentive bonuses of Bt12 million for gold, Bt7.2 million for silver and Bt4.8 for bronze.

Friday’s opening ceremony will feature a march-past by only small groups of athletes from each country, in line with COVID-19 protocols. The Thai delegation in the Parade of Nations will be led by two flagbearers – sharpshooter Naphaswan and Savate Sresthaporn, men’s trap silver medallist at the 2019 World Cup.

The Tokyo Games will be staged under strict COVID-19 controls. Athletes will be required to take a test every morning and remain in their bubbles, which include designated vehicles. They will have to wear face masks at all times and can be sent back to their country if they breach the rules.

Saint-Gobain Thailand by Gyproc and Weber has conducted CSR activities