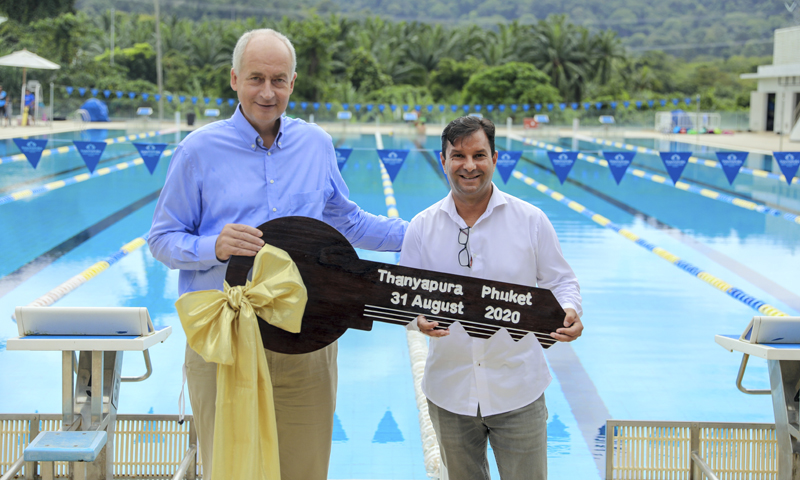 PHUKET: Edgar has been a key member of Thanyapura since 2017 as Executive Vice President and has led the team with distinction, positioning Thanyapura Phuket at the forefront of active holiday destinations in Asia.

Announcing the appointment, Thanyapura’s outgoing President & CEO, Carl Philipp Berno Graf von Hardenberg said: “I had the great pleasure of working closely with Edgar for the past three years. Together with the executive team and the rest of our Thanyapura Phuket family, I trust that he will continue to expand the vision of Thanyapura to make it even greater.”

Edgar, who was born in Ecuador and holds a Belgian citizenship, speaks four languages (English, French, Spanish and Italian). Prior to joining Thanyapura, he has worked in various senior operational roles in the hospitality and healthcare industries across Latin America, Europe and Asia.

“I am truly honoured to lead Thanyapura Phuket forward. We have the most dedicated people and group of leaders in the sports resort and lifestyle medicine industry. Together, we will capture new opportunities and waves of growth by remaining laser-focused on providing the best active holiday experiences for our guests,” Edgar Toral Hernandez said.

The appointment signifies the company’s success in its positioning as a global lifestyle optimization brand. Commenting on the company’s resolve to strive forward amidst tough times, Philipp von Hardenberg said: “We can proudly look back and with even more confidence look forward. As with all catastrophes in history, we will overcome and in the aftermath of COVID-19, tell our children and grandchildren of the tough times we mastered.”

“I will now be fully focused on Thanyapura’s international expansion. After six and a half years in Phuket, I am preparing to move to Singapore in March 2021 to open the new Thanyapura corporate offices,” Philipp von Hardenberg said.

This global expansion strategy explicitly links the company’s growth with its resilience and wherewithal. COVID-19 has been an exercise in innovation although many may simply see it as ‘survival’ innovation, Thanyapura’s solutions developed during the crisis offer the company a better way of going forward.

Thanyapura’s first T-Hub will begin operations in December this year at Hefei, China with more planned in the near future. The first big resort in China is planned to open at the end of 2022.

Crystal Chandeliers in Thailand Elevate Your Home into a Special Place