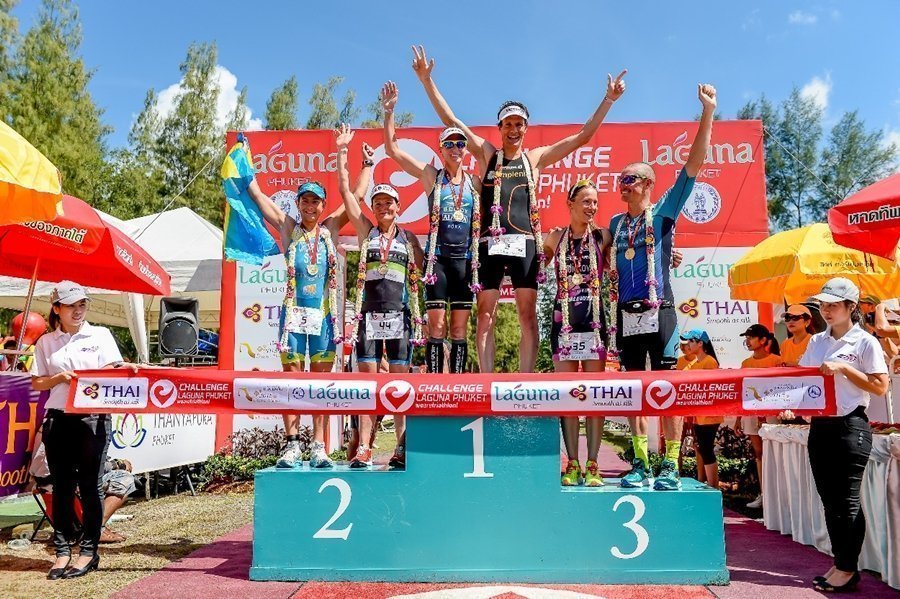 In the women’s filed it was last year Challenge Laguna Phuket’s champion in the women’s filed, world champion Melissa Hauschildt (AUS) in 4:27:40 defended her title today, and led her fellow women athletes by more than 10 minutes.

Wild aims to come back for his fourth win, “I always like to come back here because it means a lot to me. It’s one of those races that you want to come, and not one of the races that I feel like I have to do,” he said

“Although it’s really hot and humid out, making the race really tough today, the surrounding was nice and the hospitality is good here so I’m happy!”

A field of about 550 individual pro and age group athletes representing 40 nationalities jumped into the waters of Bangtao Bay at 6.30am to tackle the 1.9km swim, followed by a 90km bike ride and a 21km run.

For full results go to www.challengelagunaphuket.com