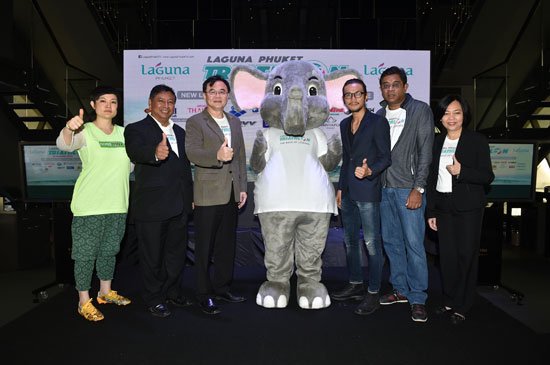 Laguna Phuket Triathlon, featuring a unique race distance of 1.8K swim, 50K bike and 12K run and scheduled this year on Sunday 20 November 2016 at Asia’s premier destination resort Laguna Phuket in Thailand, celebrated its 23rd year by unveiling its fresh new look for the media and participating athletes at the special conference today (24 September 2016) at Vertigo TOO, Banyan Tree Hotel in Bangkok. The media event showcased a baby elephant mascot named “Laguna” as the race’s new ambassador, newly redesigned race logo, new bike course and tips to conquer the course, previously recognised as one of the most challenging bike courses in Asia. The 2016 Laguna Phuket Triathlon features total prize money of USD 20,000 (or THB 694,790).

Wowing the crowd even before the conference started was Mr Athiwara Khongmalai, Thailand’s number 1 rock star famously known as “Toon Bodyslam” who has been an avid Laguna Phuket Triathlon’s fan since 2012. 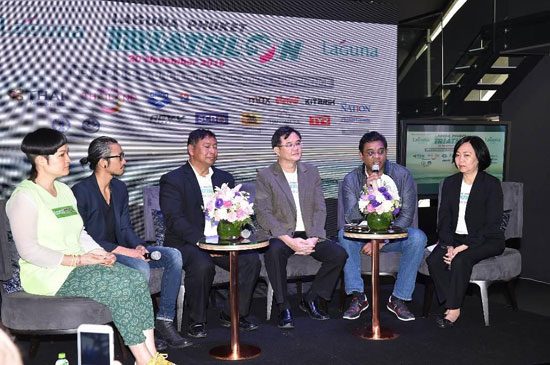 “The Ministry of Tourism and Sports has been working on developing a framework for the future of Thailand’s sport tourism, a segment in which Thailand has a high potential to continue growing, both in its quantity and quality,” said Mr. Promchote Traivate. “Laguna Phuket Triathlon, being hosted and organised locally in Phuket with full collaboration between the government, local communities and private sectors, exemplifies a strategic sport tourism combination that promotes both the destination and healthy lifestyle with international appeals.”

“The enduring appeal of Laguna Phuket attracts entries from leading international pro athlete personalities, as well as age groupers worldwide. This year we once again expect to see a field of more than 1000 triathletes, representing more than 50 countries around the world, at our resort on Sunday 20 November,” said Mr Ravi Chandran.

“As the organiser of Asia’s longest standing triathlon race, it is a delight to see the popularity of triathlon proliferates new races in Thailand and the region while Laguna Phuket Triathlon, with its longevity and worldwide appeal, is being recognized internationally. This year in particular, it is an honour that Laguna Phuket Triathlon is shortlisted as a finalist in “Best Amateur Sports Event of the Year in Thailand” category at Sports Industry Awards (SPIA) Asia 2016” Mr. Chandran added.

While sport tourism is key to Laguna Phuket Triathlon’s success, sustainability has also been an integral focus of the race.

Like every year, athletes booking their slots in Laguna Phuket Triathlon can help to raise funds through donations and sponsorships for the resort’s long established “Laguna Phuket Foundation” to operate its various charitable programmes.

“Not many years had passed before the triathletes felt a deep connection with our race and the communities surrounding it, and started asking how they can give back to the race,” Mr Chandran enthused. “Over the years, millions of Baht was raised through Laguna Phuket Foundation to fund initiatives as local school renovation, survival swim teaching, Community Learning Centre, Seedlings Phuket and the Mobile Learning Centre for children.” 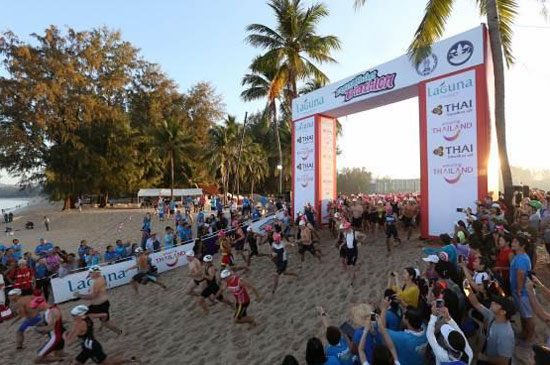 Registration opens now until 13 November 2016. For more information and registration, please visit www.lagunaphukettri.com and/or follow us on Facebook/LagunaPhuketTri.