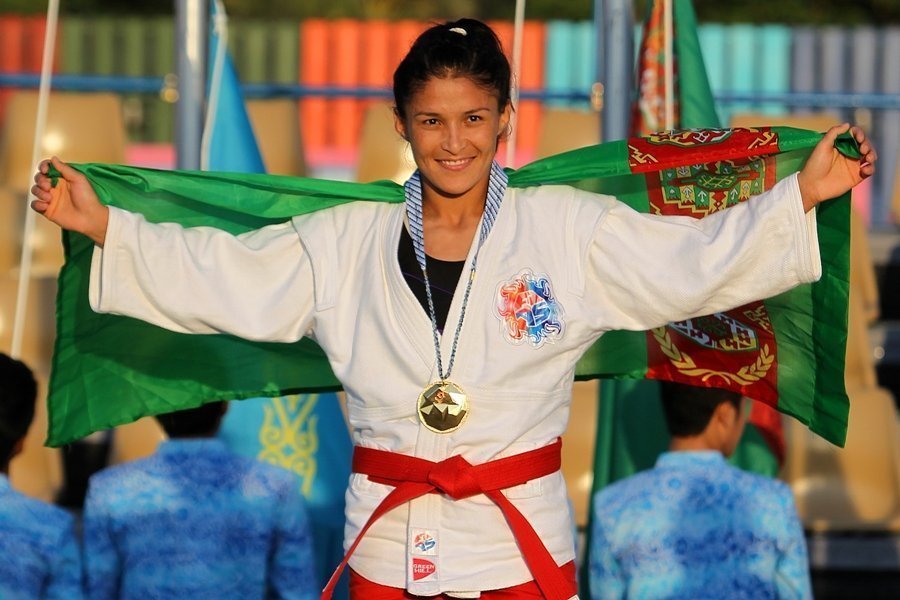 Sambo exponent Babamuratova Gulbadam from Turkmenistan captured the first gold of the 4th Asian Beach Games after beating Kazakhstan’s Leila Konuspayeva 4-0 in the final showdown of the women’s 52kg, while the Thai athlete winning the first medal in the Phuket Games was Supatra Nanong, who took bronze medal in the sambo women’s 72kg competition following her exceptional 4-0 win over Korean Cho Soohee in the quarter-finals. Unfortunately, Supatra, thrown by Mongolian Bataa Sainbuyan, went down in the semi-finals 0-4 and had to be content with the bronze medal.

Among the 12 gold medals on offer on the first day, Mongolia took the lion’s share of five gold medals consisting four gold in the sambo competition and the remaining gold from ju-jitsu and one bronze medal from jujit-su to move to the top of the medal standing.

The United Arabs Emirates finished second with three gold and three bronze medals, with Pakistan in third place after winning two golds and one silver. Hosts Thailand claimed one silver in ju-jitsu and four bronze medals comprising three from ju-jitsu and one from sambo to finish eighth place overall. 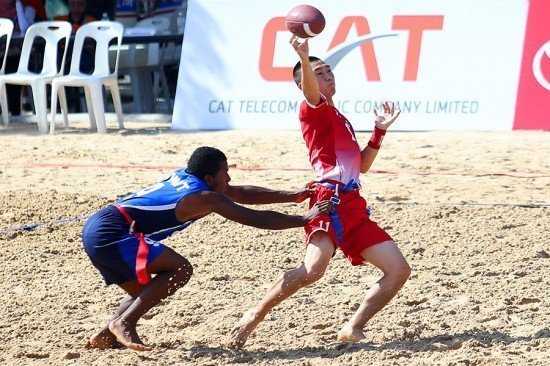 The flag football teams from Thailand and Japan shone through their exceptional skills to capture consecutive three victories on the opening day of the 4th Asian Beach Games on November 12.

Top four teams from the single round-robin preliminaries will advance to the cross semi-finals, with the team finishing first taking on the fourth and the second playing the third sides.

Hosts Thailand got off to a convincing start with a sensational 78-18 win over India. They stormed on to beat Kuwait 40-34 and China 72-13. Japan also fared well to taste three wins in a row, beating Kuwait 41-36, the Philippines 61-6 and India 55-12.
With straight three wins, Thailand and Japan collected the similar nine points, but the former had a better point ratio to come in first place, with the latter in second position.

China came in third place to get six points from two wins against one loss, while Kuwait had three points from one win against two losses to finish fourth place. 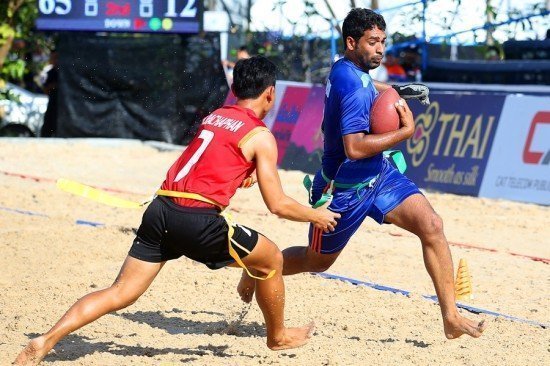 Trailing in fifth and sixth places were the Philippines and India, which have no point due to their straight three loses.

Pichet Sitthiamnuay, president of the Flag Football Association of Thailand, expressed his satisfaction over the Thai squad.

“As far as I see them play, it’s likely that Thailand will finish first after the round-robin preliminaries to advance to the semi-finals against the team finishing fourth. I’m convinced that our team will make it to the final and it’s possible that we will take on Japan,” Pichet said.

“Seeing their form, I set my sights on Thailand to capture gold medal because our players are in superb form. Although they were not at their best in the match against Kuwait, they came back stronger to play much better,” he added.

Seven gold medals up for grabs on November 13 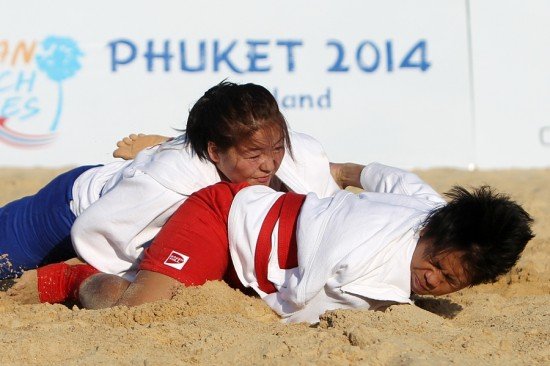 The 4th Asian Beach Games on November 13, the second day of the competition ahead of the opening ceremony the following day, sees seven gold medals on offer consisting of six gold medals in ju-jitsu at Patong Beach and one gold in sambo at Karon Beach. 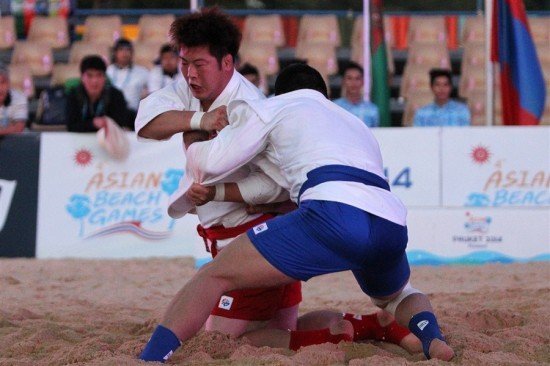