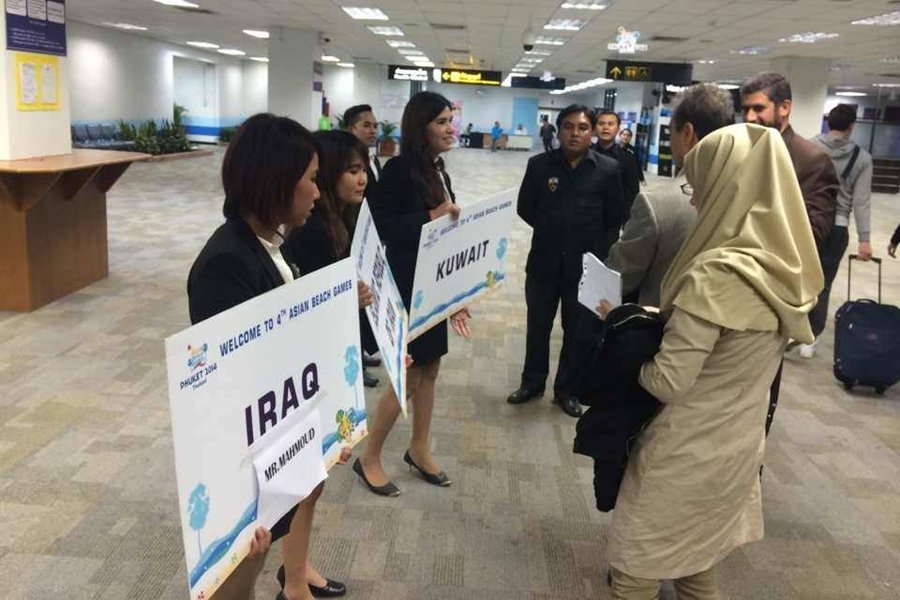 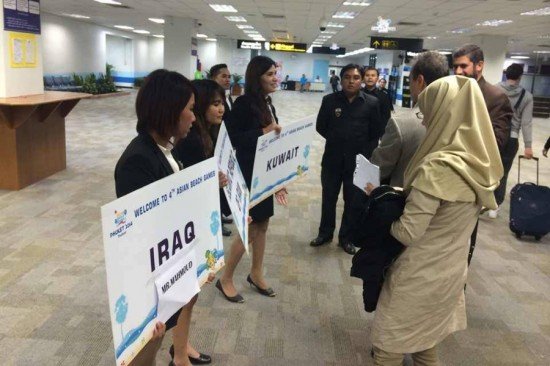 The first group of athletes and officials of the Olympic Council of Asia (OCA) arrived in the Phuket International Airport on November 9 to get ready for participation in the 4th Asian Beach Games. Upon their arrival, they received a warm welcome from the Protocol and Ceremony Committee members. 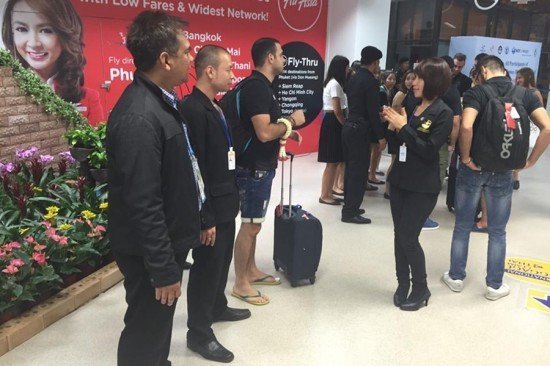 Lt Col Ruj Sang-udom, secretary of the Secretariat Office, 4th Asian Beach Games Organising Committee, revealed that there will be a meeting of chef-de-mission from all participating teams in Phuket on November 13.

“Phuket comes to life when the participating athletes start arriving in the city. The beautiful decoration of the city also helps create an atmosphere of the Asian Beach Games competition. Thus, I would like to invite the Phuket residents to be good host for all visitors,” said Ruj. 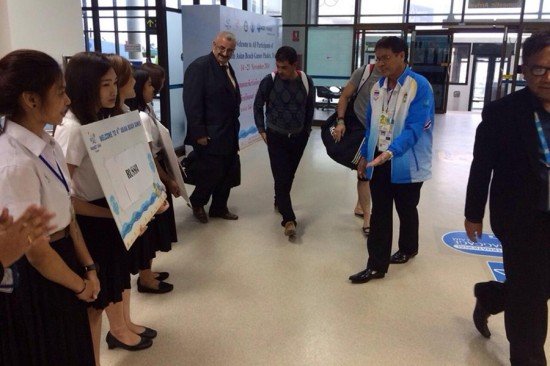