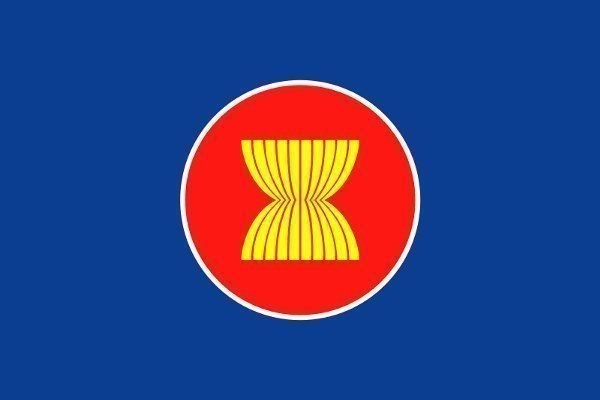 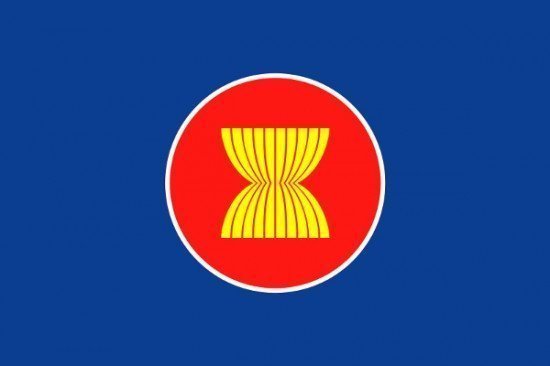 Coming from the UK, I am fully aware of what the results can be of free movement of people within integrated areas such as the EU, and in the not so distant future ASEAN or AEC. Unfortunately for the UK, things weren’t thought out well enough and the goal posts were left way too far apart, resulting in thousands upon thousands of jobs being lost to immigrants who were allowed to travel freely to the UK and work. It is also unfortunate for the UK that they have left it far too late and the number of immigrants who have arrived in the UK is now way beyond what anyone could have expected. Furthermore, the immigrants not only took jobs, it was also homes, healthcare and a lot more. The UK has also seen a number of areas of the UK being not far from taken over, and in some cases over run by migrants from certain countries. I for one have seen this happen and I must admit that it’s not a very nice experience and it has had a great affect on the UK’s society, with some speaking freely about how they feel, and others possibly having the same feeling but not speaking out.

Having looked into the AEC Blueprint it is clear the countries involved are aware of some of the problems that could arise, such as those the UK has faced since opening the floodgates for immigrants to arrive, and have not offered the same free movement of people option, such as that in the EU, but have restricted this to free movement of skilled labour within ASEAN countries. Furthermore, this free movement of skilled labours specifically focuses on eight professions those being doctors, dentists, nurses, engineers, architects, accountants, surveyors and the tourism industry.

Although I do not believe that there will be an influx of workers within these categories that are going to have any effect whatsoever on Thailand, there is one area that does concern me, and it should possibly concern the areas of Thailand, such as Phuket, that rely so heavily their tourism industry, and also some of those westerners who are also involved in the industry here.

An ASEAN Mutual Recognition Arrangement on Tourism Professionals (MRA – TP) has already been produced, and this provides a mechanism for agreement on the equivalence of tourism certification procedures and qualifications across ASEAN for the launch of the ASEAN Economic Community in 2015. There are also 32 job titles in 6 categories specified in the Common ASEAN Tourism Curriculum (CATC), and these are shown in the images below. 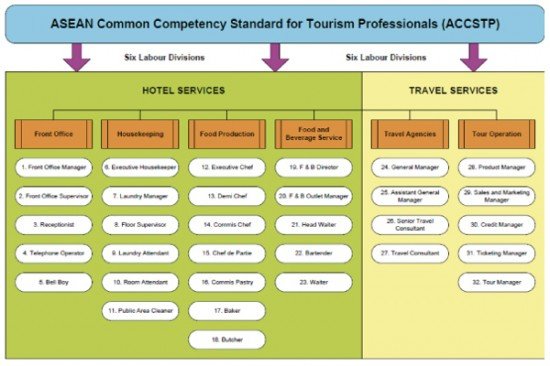 So what are my concerns? It’s not just as simple as people coming and taking Thai people’s jobs, it goes a little deeper than that, and please remember these are only my thoughts and many of you might not agree with me.

Although foreign tourism professionals from other ASEAN countries will be eligible to work in Thailand if they possess a valid tourism competency certificate, meaning they have been trained to the same level as Thais, they are not Thai people. Many people who visit Thailand as a tourist, including myself when for many years previously I did visit as a tourist, do so for the Thai hospitality. In my opinion, although these foreign workers, many of whom will actually work in the lower paid jobs in the Hotel Services industry, may have been trained to the same standard as the Thai workers they will not have Thainess. For me Thainess is this little something that makes Thai people who they are and nobody in the world can replicate this. So if Thailand’s tourist come to enjoy the Thainess they know and love in 2015, or sometime after that, they could possibly come to hotels that also employing workers from the other countries within the ASEAN region who just cannot provide the little something that makes Thai people who they are and what they are loved for.

As many people know there are a large number of westerners employed in hotels and resorts all around Thailand, most being in high-level positions. There are also a large number of people who can fit these roles that come from other countries from within ASEAN and whereby before those who could have filled a position from an ASEAN country may not have considered it, once AEC is live the chances are they possibly will. Once the AEC opens its doors this will bring increasing levels of high quality overseas competition to the market and in many cases lower cost bases.

Finally, and this is possibly an issue which should be of most concern to officials here in Phuket. Foreign tourism professionals will be allowed to work within the Travel Services sector which covers Travel Agencies and Tour Operations. Now do I really have to spell out what the foreseeable problems could be? Are those currently involved in these industries here in Phuket aware that other workers from ASEAN countries will be able to freely and legally work in these industries? If they are not, I think somebody should explain the situation to them prior to 2015 or we could see a lot more protests than we have seen recently and possibly on a more dangerous scale.

Please note this is the opinion of Matthew Pond and not that of Phuketindex.com