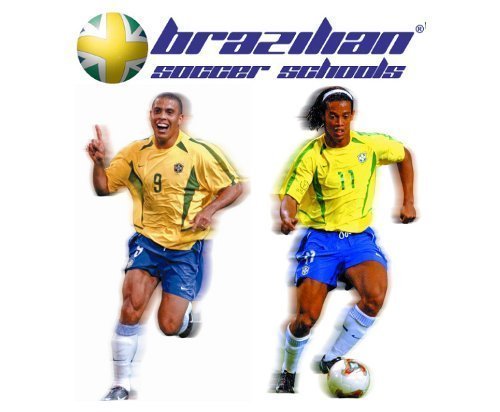 (Phuket, 04 December 2009) – All the Brazilian ‘’greats’’, from Pele through to Ronaldo, attribute their superior skills too Futebol de Salão. Brazilian Soccer Schools (BSS) announced it will be opening its Phuket based Soccer Schools in January 2010, and its main coaching venue will be at the PIA Sports, Arts and Wellness Centre, using their new floodlit Futsul football field. To launch this new initiative to footballers in Phuket, they will be hosting the PIASAWC’s World Cup Football Futsul Team Competition on the 12th December, and thereafter running the soccer programme at the PIASAWC’s Kids Christmas Sports and Arts Camp from the 21 – 23rd December. Starting in January, the coaching programmes will begin along with key events throughout the year.

The soccer programme at the PIASAWC’s Kids Christmas Sports and Arts Camp, 9 – 12am, will consist of daily training with their unique FDS moves to beat players, turning, balances and traps, passing, ball to air, juggling and core skills. Also included in the daily training schedule: 1 v 1 , 2 v 2 training, game related play, small sided games, daily 3 a side World Cup games (where points are accumulated throughout the 3 days and medals awarded on the last day) with each day finishing with 5 a side friendly matches. A 5 a side game is the best way for children to learn football as it gives more touches of the ball, more shooting opportunities, more passes, more chances to take an opponent on 1 v 1. This encourages children to think faster and move the ball quicker due to having less time on the ball. ‘BSS points’ will be awarded throughout the 3 days camp for winning matches, games and quizzes with the winner getting the MVP trophy.

Brazilian Soccer Schools central aim is to encourage children to spend longer working with the ball practicing and developing their skills and at BSS training sessions over half of the time is spent working with the ball at their feet. The unique weighted size 2 ball is proven to aid children’s development and confidence on a ball. The program is aimed at boys and girls aged between 5-18 years, with a structured syllabus and training program specific to each age group and each ability level within the different ages. Training is skill centred; task focused and has 100 % engagement.

All coaches at the soccer camp are qualified and experienced, who put the safety of children as the number one priority. Martin Hill, Director of Coaching for BSS, will be leading the camp and is a professionally qualified coach having spent the last 11 years dedicated to improving children’s football ability and love of the game. His objective throughout this period has been to ‘To Lift People Beyond their Vision of Capability’ though the best sport in the world – football.

Complementing the morning soccer programme at the PIASAWC’s Kids Christmas Sports and Arts Camp, there will be a choice of an arts or mixed sports programme every afternoon from 1 – 4pm. Dale Meier, PIASAWC’s Art Co-ordinator, is an accomplished young artist from America with a specialty in sculpture and painting, and will be leading the art sessions which focus on clay mask making and learning about environmental arts. PIASAWC’s Director of Sports, Martyn Ware, will run the mixed sports component, which will change daily, with sports such as Cricket / Basketball or Gymnastics in the program.

PIASAWC’s World Cup Football Futsul Team Competition on the 12th December, 2 – 6pm, is once again bringing players together from all over Phuket to enjoy an afternoon of friendly competition. Players will be split into teams representing various nations of the World Cup and play in a round robin tournament, with prizes being awarded for winning teams, MVP’s and fair play. 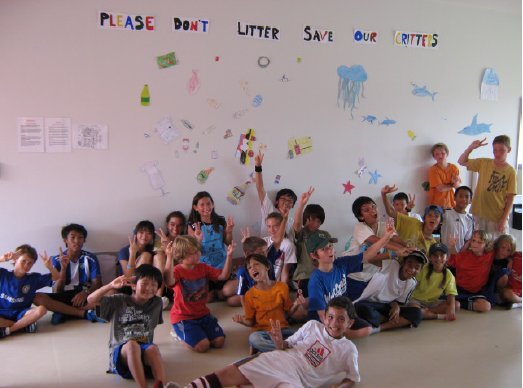 27 October 2009- Phuket International Academy’s 350 Sports Camp last week, was a huge hit with the kids of Phuket who enjoyed three days of fun in the sun with a variety  of sports and arts. 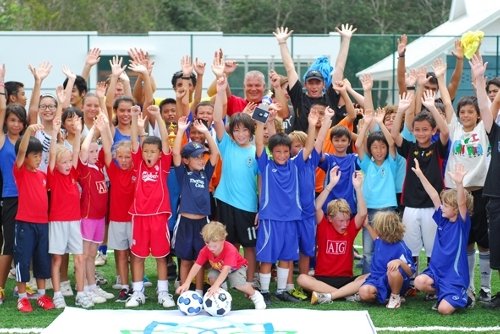 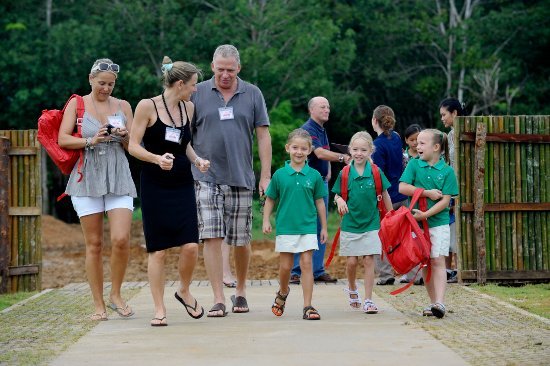