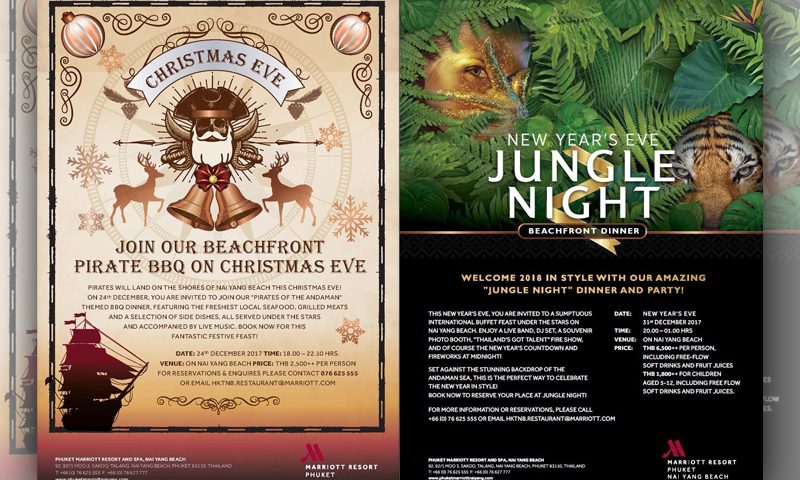 Phuket, Thailand, 6th October 2017 – Phuket Marriott Resort and Spa, Nai Yang Beach is gearing up for a fun-filled festive season with a series of themed dinners and stylish parties to celebrate Christmas and New Year.

Pirates will land on the shores of Phuket’s Nai Yang Beach this Christmas Eve! On 24th December, guests and diners are invited to join the resort’s “Pirates of the Andaman” themed barbecue dinner. Featuring the freshest local seafood, grilled meats and a selection of side dishes, all served under the stars and accompanied by live music, this is the perfect tropical twist on traditional Christmas festivities.

On 31st December, guests are invited to indulge in a sumptuous buffet feast of international favorites, overlooking the moonlit Andaman Sea. Diners will be entertained by a live band, DJ set and “Thailand’s Got Talent” fire show, while a souvenir photo booth will ensure enduring memories of the evening. And of course, guests will be able to enjoy a New Year’s Eve countdown and fireworks at midnight.

Book now and spend an unforgettable Christmas Eve or New Year’s Eve on the pristine shores of Phuket’s Nai Yang Beach, in the company of your family and friends!

For reservations and enquiries, please contact 076 625 555 or email booknaiyangbeach@marriott.com. 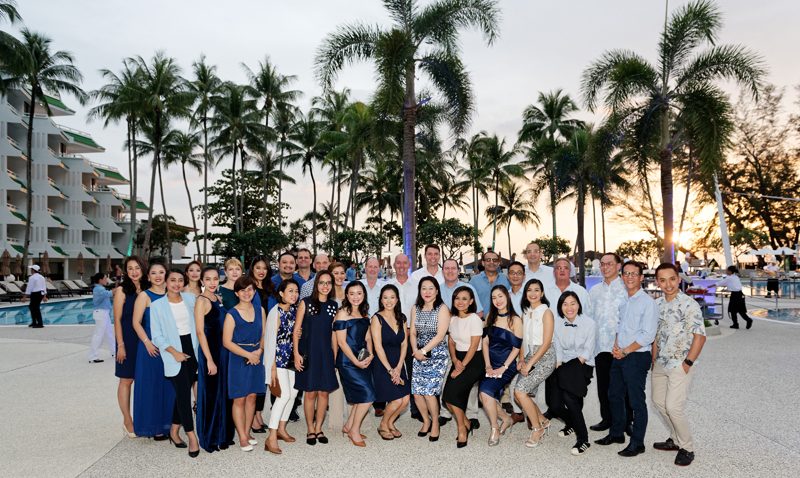 As part of Marriott International’s annual Global Customer Appreciation Week, 200 travel agents and members of the media were invited to Le Méridien Phuket Beach Resort for a fun and relaxing night.

This included an impressive “Into the Blue” party on Friday 1st December 2017, which allowed delegates to learn more about Marriott’s large portfolio of world-class hotels in Thailand. Sleek and stylish, with an atmospheric blue décor, cool drinks, sublime snacks and a live band, this event provided an opportunity for Marriott to say a huge “thank you” to the trade and media for their enduring support. 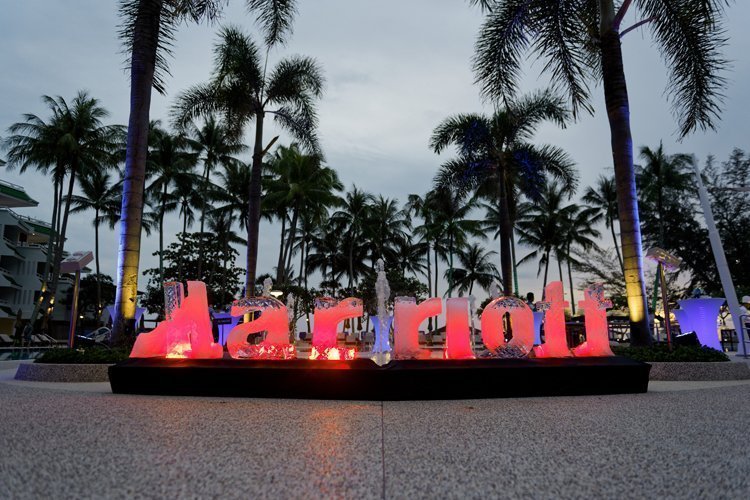 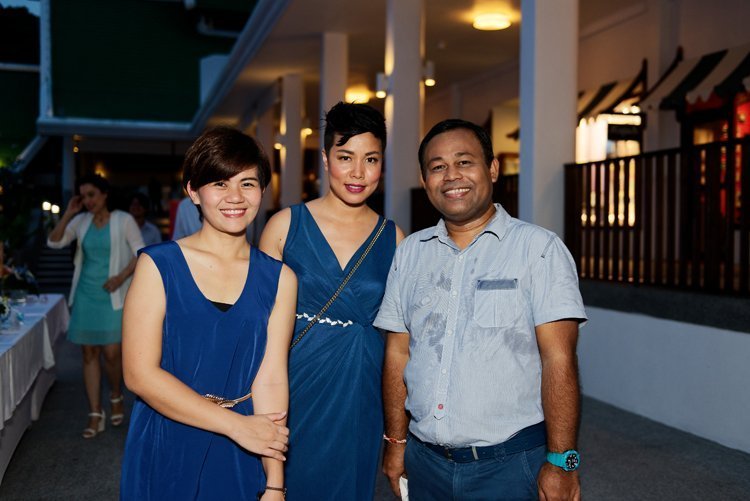 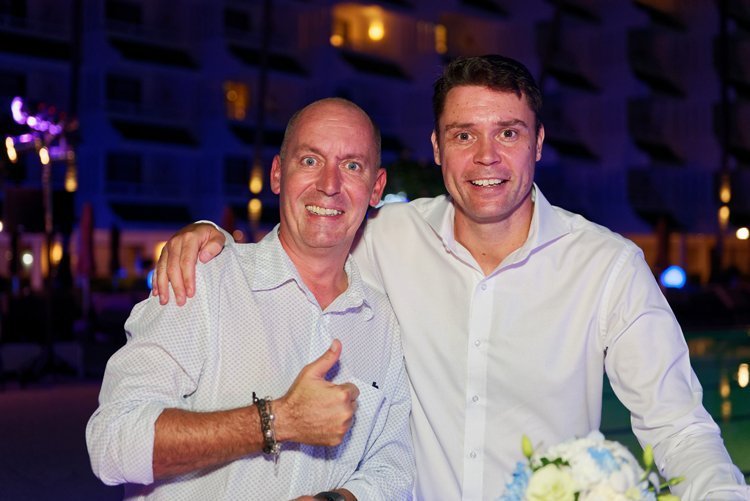 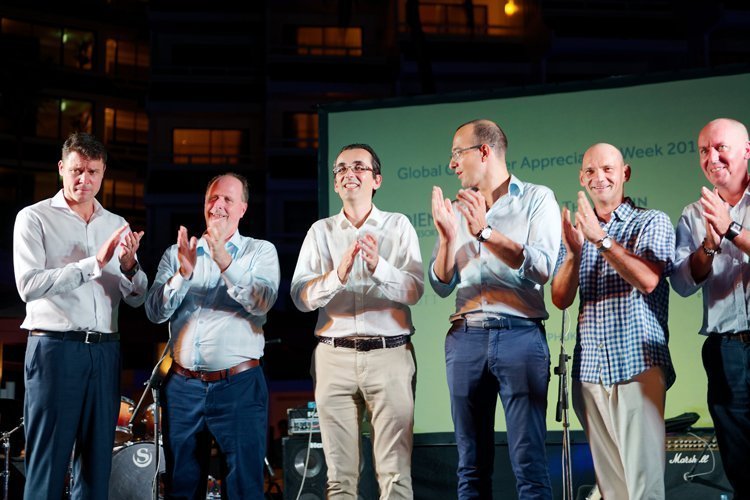 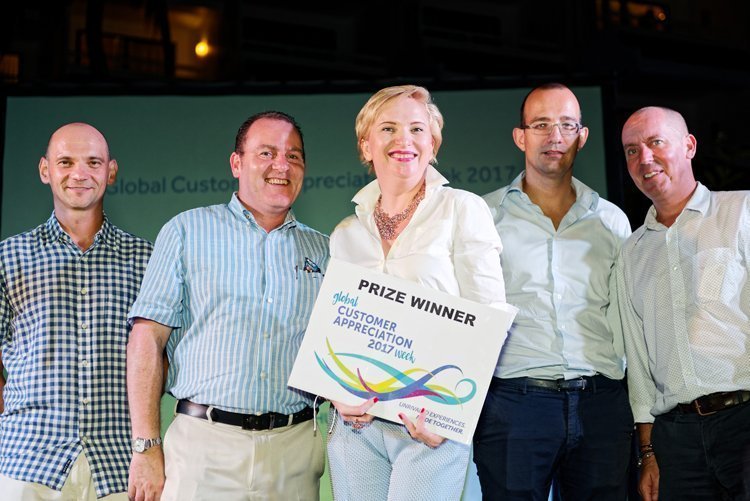 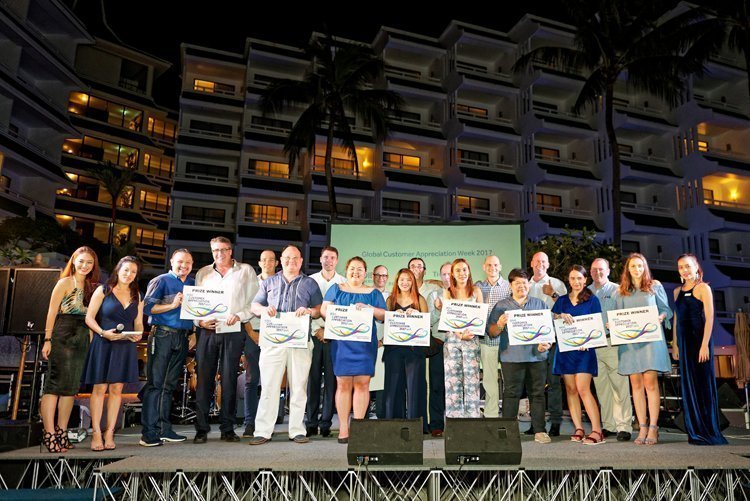 A lucky draw was also held on the night, giving attendees the opportunity to win stays at Marriott’s extensive collection of hotels and resorts in Thailand. 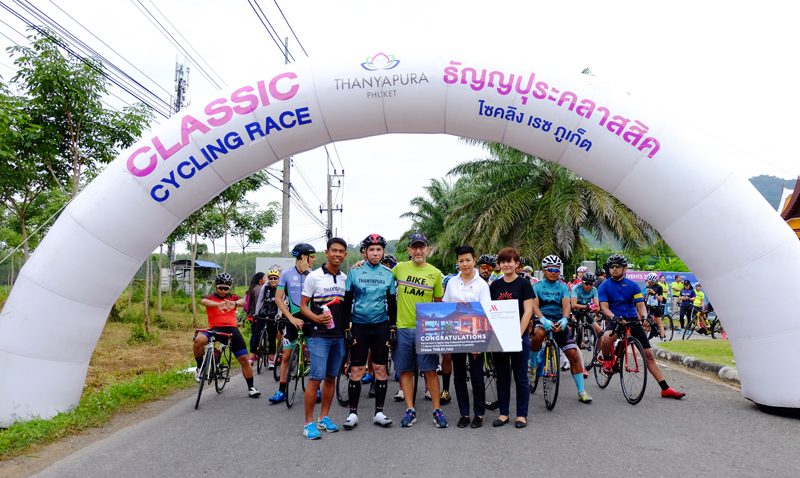 A total of 263 athletes took part in the event on 12th November 2017, which included two separate cycle races through the tropical countryside and spectacular scenery of Phuket and Phang Nga provinces.

The “Mini-Classic” race saw 160 cyclists depart from Thanyapura for a challenging 45km ride around North Phuket, while the “Classic” race saw 103 athletes cycle for 106 grueling kilometers through Phuket and neighboring Phang Nga.

The male of female winners of the Classic race were rewarded with a two-night package at Phuket Marriott Resort & Spa, Nai Yang Beach, including accommodation in a Beachfront Two Bedroom Private Pool Villa!

The start of the event was presided over by Mr Virat Patee, Director of the Sports Authority of Thailand, and Mr Paolo Randone, Chief Operating Officer of Thanyapura Health & Sports Resort.

“Thanyapura’s Classic Cycling Race is always a fantastic occasion and it was a great pleasure to be part of this year’s event,” said David Ippersiel, General Manager of Phuket Marriott Resort & Spa, Nai Yang Beach. “This annual sporting event allows us to strengthen our connections with the local community, as part of our commitment to support our neighbors.

“We are also delighted to be able welcome the winning atheletes to our resort. After their exertions, I’m sure they will be overjoyed to relax in the comfort of our Beachfront Two Bedroom Private Pool Villa. We hope this will encourage more people to join Thanyapura’s community sports events in future. Stay healthy!” Mr Ippersiel added.

This year marked the first time that Thanyapura has partnered with a hotel for this event. As a main sponsor of the race, Phuket Marriott Resort & Spa, Nai Yang Beach presented the two winners of the Classic race with a voucher for a two-night stay in a Beachfront Two Bedroom Private Pool Villa – the most luxurious accommodation at the resort – including daily breakfast and one evening dinner at the Big Fish restaurant for two people.

The prize packages also include a 20% discount on all spa treatments at the resort, meaning that the winning cyclists can soothe their aching bodies with a blissful massage. The packages for both the male and female winners were valued at more than THB175,400 (approx. US$5,300). 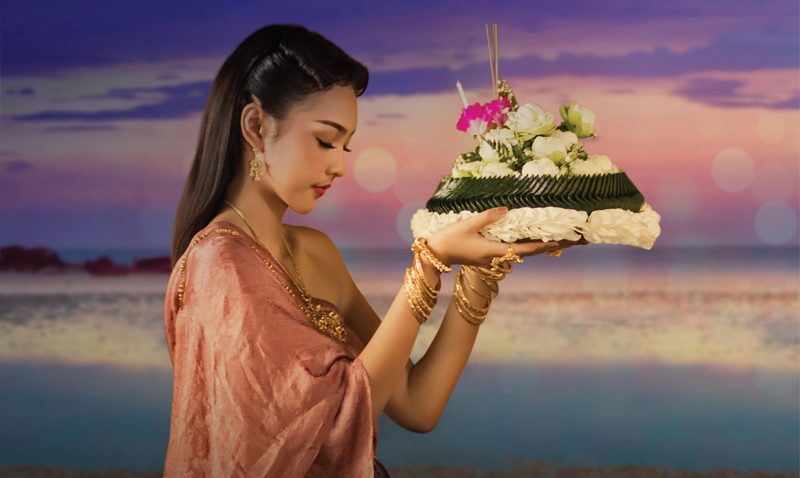 Loy krathong is one of Thailand’s most beautiful and enchanting festivals. Phuket Marriott resort & Spa, Nai Yang Beach would like to invite all of our guest to join in the magic of this occasion with a traditional night bazaar-themed Thai buffet dinner at The Andaman Kitchen. Come together with your family and friends in a charming atmosphere, under the light of the fullmoon. 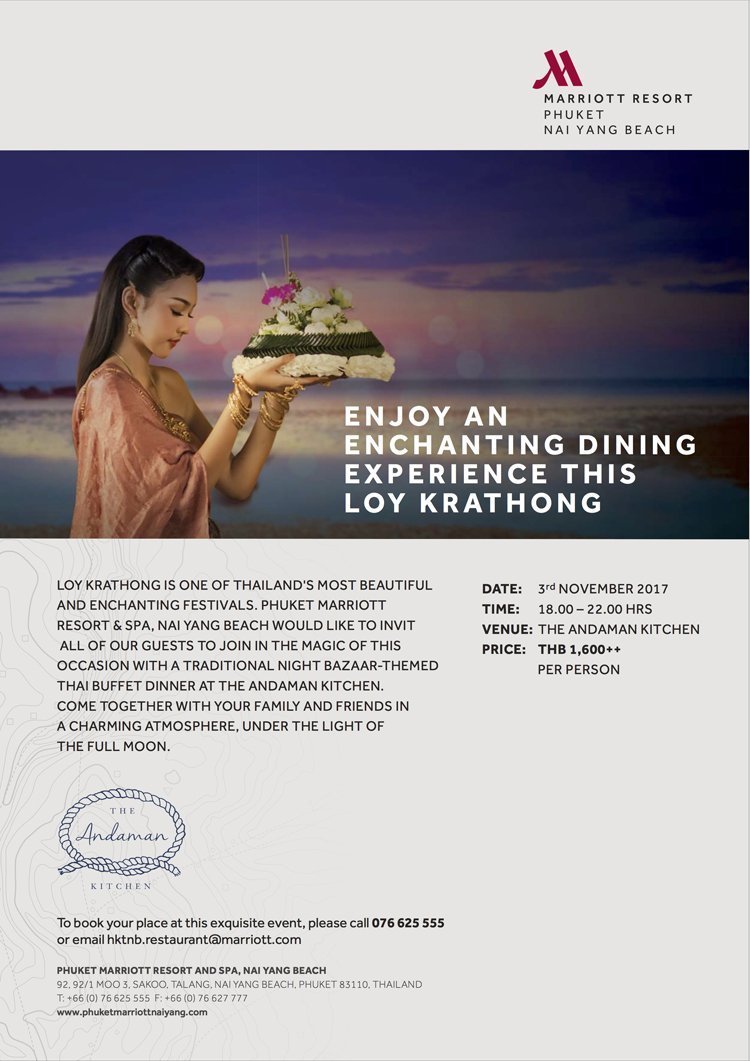 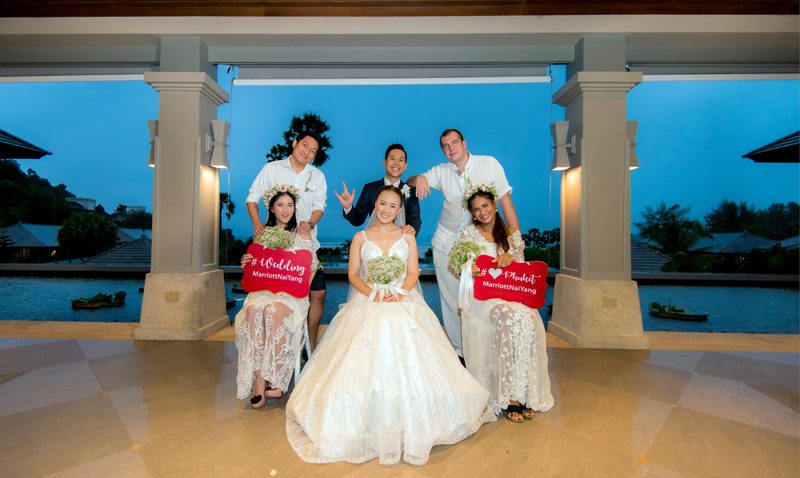 This was a hugely successful event for the resort, as it arranged two wedding ceremonies and one engagement ceremony on the same evening, on 24th September 2017. This followed the Dream Wedding Campaign on Facebook, which was launched by the resort to celebrate its first anniversary earlier this year.

Phuket Marriott Resort and Spa, Nai Yang Beach hosted the wedding ceremonies for Suwimon & Eam, Been & Newz and the engagement ceremony for Waew & Sven. All three couples were able to celebrate in the luxurious surroundings of the resort, overlooking the stunning sandy beach and azure Andaman Sea.

This event confirms the resort’s position as the perfect destination for dream weddings. Phuket Marriott Resort and Spa, Nai Yang Beach was recently named as “Thailand’s Best Wedding Venue” and “Asia’s Best Wedding Venue” at the Asia Property Awards 2017-2018. These awards are testament to the quality of weddings offered by the resort, as well as the property’s exquisite design and the consistently high standards achieved since the resort opened last year. 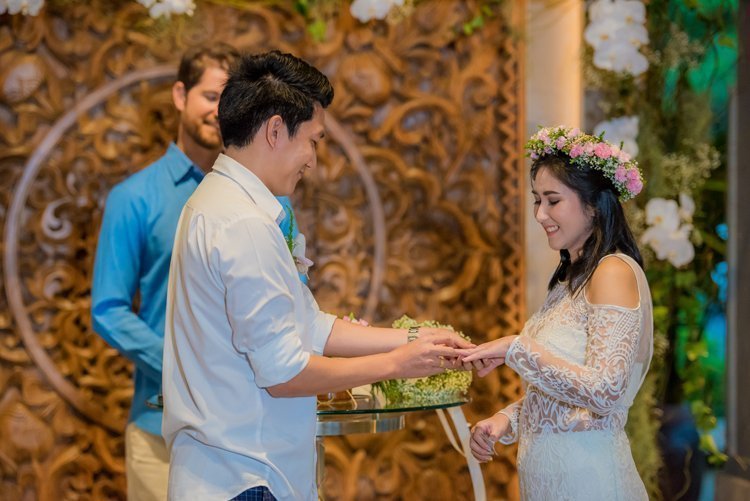 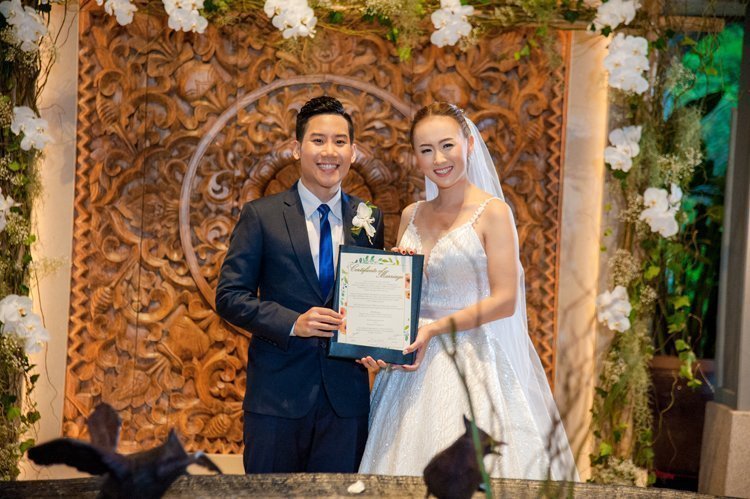 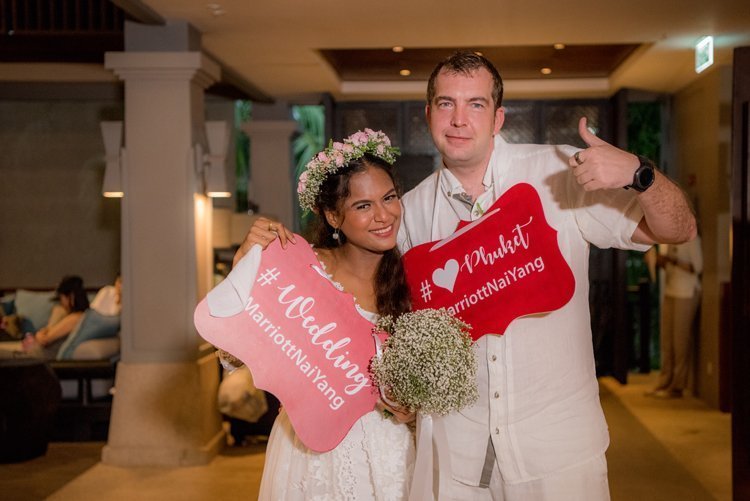 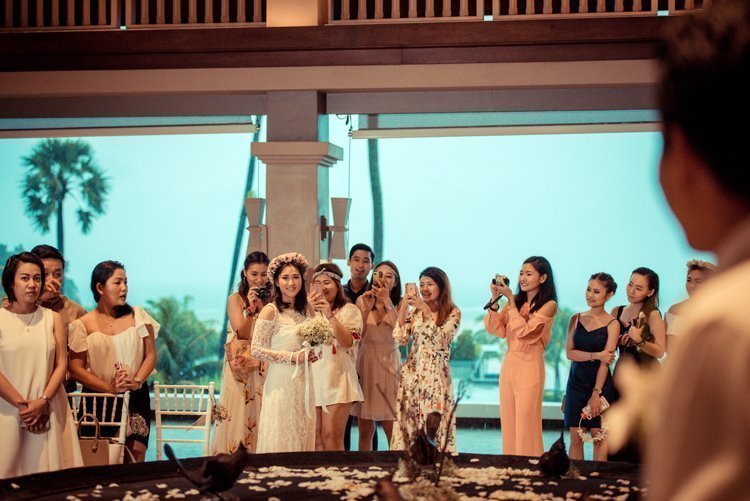 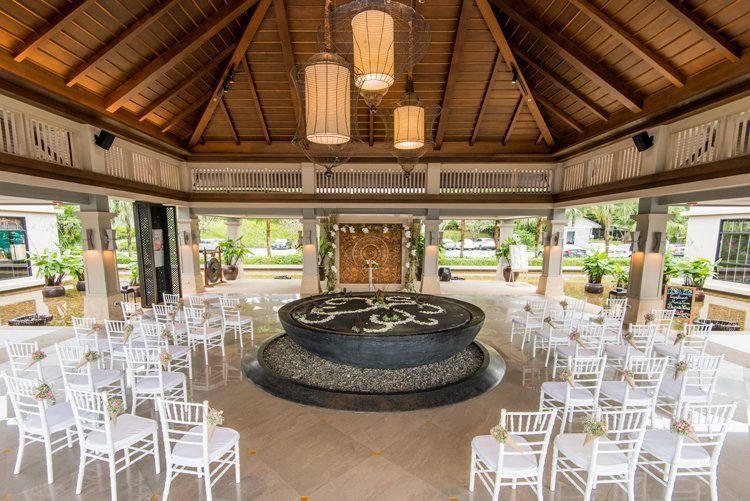 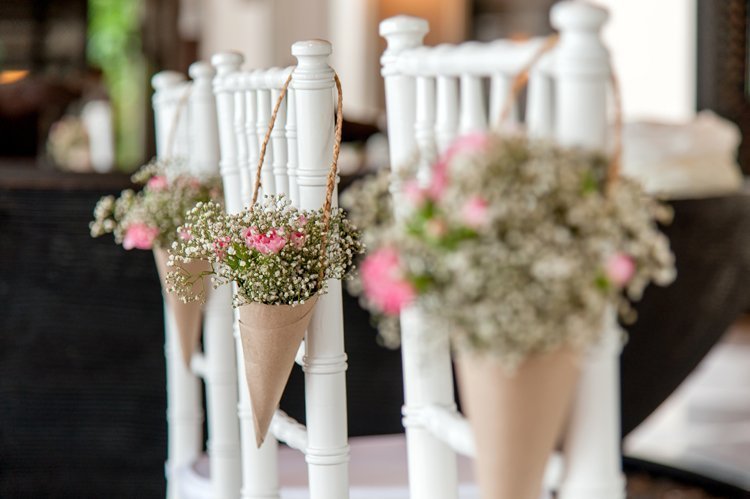 “We would like to congratulate all the three couples and thank everyone who entered our ‘Dream Wedding’ social media campaign. We are delighted with the positive response the contest received, and thank the winners for spending their wedding and engagement ceremonies with us, as they embark on a lifetime of happiness,” said David Ippersiel, General Manager, Phuket Marriott Resort and Spa, Nai Yang Beach.

“We wish them all the best for their exciting new lives together and look forward to welcoming them back for their vow renewal ceremonies in future,” he added.