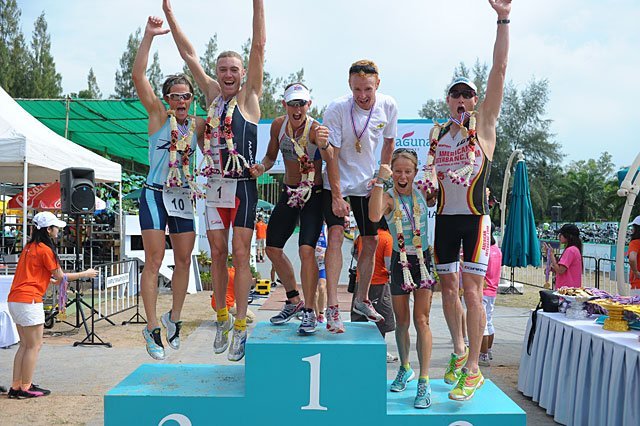 The event will took place on Sunday 6 December, at Laguna Phuket resorts area, in Cherngtalay Sub-district. The idea is to encourage activities and to attract domestic and international tourists as well as to promote tourism in Andaman region.

950 triathletes from around the world will take part in the competition. 6 of which are world champions who confirmed to be competing in this year’s “Race of Legends” for USD20,000 prize.

The triathlon comprises a 1.8k swim, 55k cycle and 12k run. The 6k Fun Run is still open for entries.

The Laguna Phuket Triathlon organisers are excited to announce that German triathlete Jan Frodeno, who won his country’s first triathlon gold medal at the Beijing Olympics in August 2008, will be competing in this year’s “Race of Legends” in Phuket on 6 December.

In Beijing Frodeno edged out the pre race favourites in an exciting sprint finish to win a surprise gold medal.  Frodeno has also recently struck a gold win in the ITU World Championship Series in Yokohama.

Making his debut in Phuket, Frodeno’s presence will certainly add to the excitement as he battles it out with Australian defending champion Richie Cunningham and 2007 Laguna Phuket Triathlon champion, Massimo Cigana from Italy.

Apart from a tremendously exciting pro race, race organisers also anticipate the largest field ever at the Laguna Phuket Triathlon 2009.  For the fifth consecutive year entries to the individual race have completely sold out with 950 individual athletes registered. In addition, 50 teams will be taking part in the team relay and there are still places left to enter the 6k Fun Run. 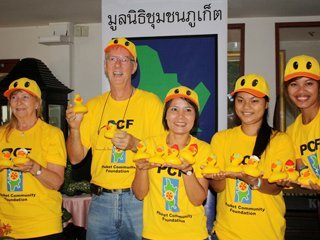 Director of Phuket Community Foundation, Janyaporn Morel has just announced that the foundation will organise an event “Race Day” on 7th November 2009 at Canal Village, Laguna Phuket to raise funds for charities. 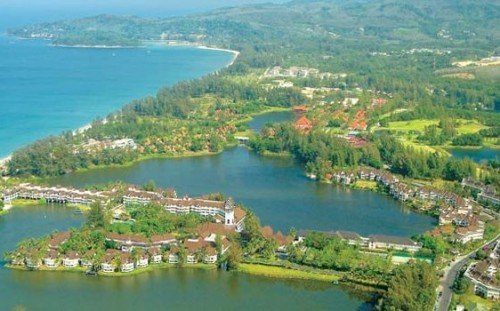