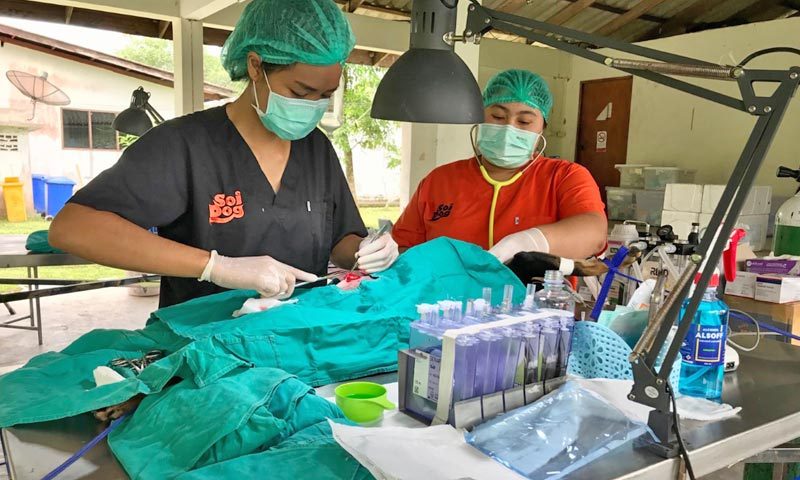 Today, on World Spay Day (February 22), Soi Dog Foundation announced an exciting expansion of its large-scale spay and neuter programme, known as CNVR (Catch, Neuter, Vaccinate, Return). With over 670,000 dogs and cats spayed/neutered and vaccinated since the foundation started in 2003, the programme is already the largest of its kind in the world.

However, it’s set to grow even further from the 10 provinces already covered by its mobile clinics, to a total of 16 over the next 5 years. The foundation has also signed an agreement with Thailand’s Department of Livestock Development (DLD) which will see them support the programme in all the provinces reached.

CNVR is at the very forefront of Soi Dog’s operations and is proven to be the most ethical and effective way of managing the street dog and cat populations.

“CNVR has been very effective in areas where Soi Dog set up mobile sterilisation clinics” said Soi Dog’s CNVR Director for Thailand Dr. Tuntikorn Rungpattana. “It minimises the number of stray animals as well as the spread of diseases like rabies, and this helps positively influence people’s attitudes towards animals so that they can live happily within the community.”

The effectiveness of CNVR can be seen most in Phuket where Soi Dog’s CNVR programme has steadily reduced the number of stray dogs by over 90% since 2003. With the population on the island under control and a maintenance project in place, Soi Dog has been able to take the programme to other locations. At present, there are ten mobile clinic teams operating in and around Bangkok as well as a number of southern provinces, with the most recent launched this month in Phatthalung.

While Soi Dog’s focus is on stray animals, the foundation stresses the importance of owners spaying/neutering their pets too.

“Many owners do not consider sterilising their male dogs because they are unable to fall pregnant. However, sterilisation has benefits aside from birth control,” explained Dr. Patcharee Phiphatdirekkul who manages Soi Dog’s southern mobile clinic teams. “It can help to reduce undesired behaviours such as aggression and can increase a dog’s lifespan by reducing the risk of health problems like testicular cancer and prostatitis.”

Dr. Patcharee also warned against the use of injectable contraceptives as they can cause endometriosis (inflammation of the uterus) which can be fatal.

“A veterinarian’s surgical sterilisation is currently the safest and most effective method of population control,” she added.

Purchase a Massage Chair for Your Home