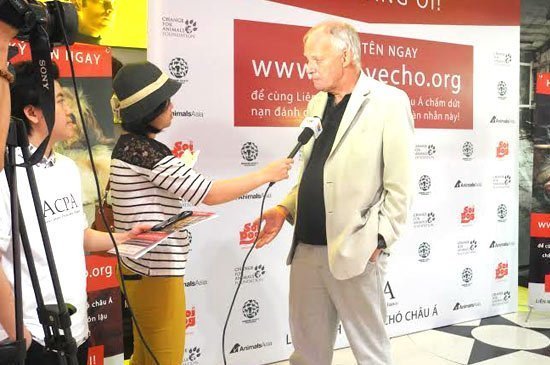 Hanoi, Vietnam (15th April 2015) – Soi Dog Foundation, Thailand’s leading dog and cat welfare charity, together with its partners in the Asia Canine Protection Alliance (ACPA), yesterday launched a major campaign in Vietnam to persuade the Vietnamese government to outlaw the trade in, and consumption of, dogs in the country.

The campaign is backed by a number of famous Vietnamese pop and dance stars, as well as music producers and film directors, who feature in a specially made viral video explaining why the industry should be made illegal.

John Dalley, co-founder and vice president of Soi Dog, said “Every aspect of this trade inflicts extreme cruelty on the animals involved. A lot of the dogs that enter the food chain are smuggled into Vietnam from neighbouring countries. They are packed tightly into small cages, with no room to move and no access to food or water for days. They end up at a holding pen, where they are forcibly pumped full of rice to increase their weight, and hence their value. They are then sold off to slaughterhouses, where their throats will be slit, before being thrown alive into vats of boiling water. Many people believe that the more adrenaline running through the dog’s body when it is killed, the tastier the meat becomes.”

Not only is the industry inherently cruel, says Soi Dog, but it also poses a serious health hazard to consumers. Diseases such as rabies, cholera and trichinellosis can be passed on to humans either by handling infected meat or consuming it. Mr Dalley added “There is absolutely no way of knowing whether the dog someone eats was healthy or diseased, simply because their origin is unknown”. 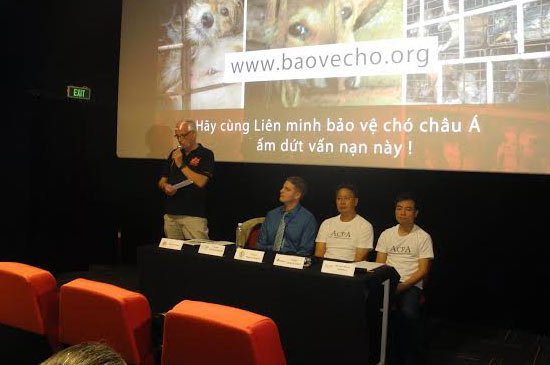 In addition to the cruelty and health issues, the industry also promotes crime. Dog snatching has become a major phenomenon in Vietnam, with gangs of dog thieves regularly stealing family pets from streets and gardens around the country. A dog can be sold to a slaughterhouse for up to US$50, which makes it a very lucrative business for those involved. Thieves use either taser guns to stun the animals, or use home-made lassoes to capture them. But dog owners have been fighting back. Several thieves have been lynch-mobbed by angry villagers, some resulting in the death of the criminals. It also however works the other way. A number of owners who challenged thieves have also been killed themselves defending their pets.

The new campaign is set to call on the youth of Vietnam to sign a petition to the Vietnamese government, calling for an end to the industry. In addition to the viral campaign, there will be a number of rallies and meetings around the country to raise awareness of the issue, and to generate one million signatures for the petition. There will in parallel be a global petition which again hopes to reach one million signatures.

The international petition and the viral video can be found at https://savedogs.soidog.org/vietnam