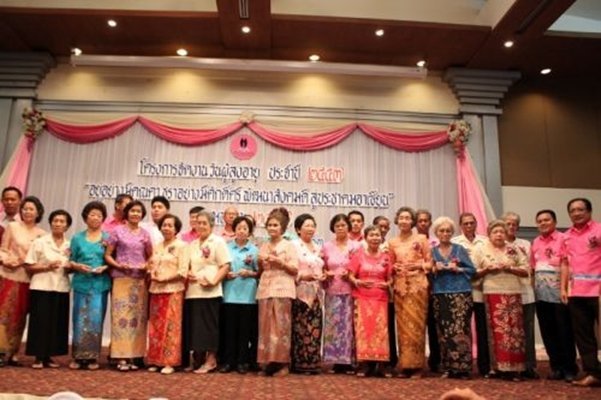 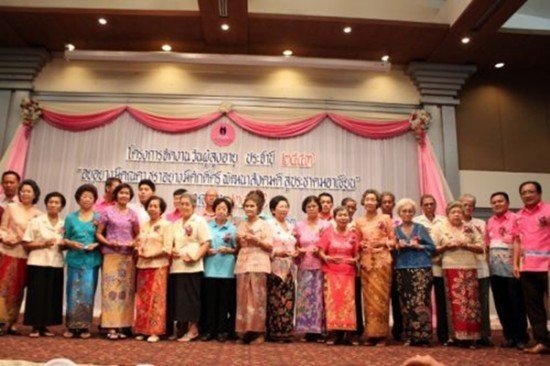 The 2014 National Senior Citizens Day was celebrated on April 8th at the Phuket Merlin Hotel in Phuket Town. Acting on behalf of Chief Executive – Paiboon Upattising, Deputy Chief – Chaowalit Na Nakon opened the proceedings which were attended by PPAO executives, Council members, division heads and officials, doctors, nurses and staff from PPAO hospital as well as members of the Phuket Senior Citizen Association.

The celebration is organized to coincide with the Songkran festival, typically the time when elder members of the family are honored the traditional way whereby younger generations pour perfumed water on the their hands. 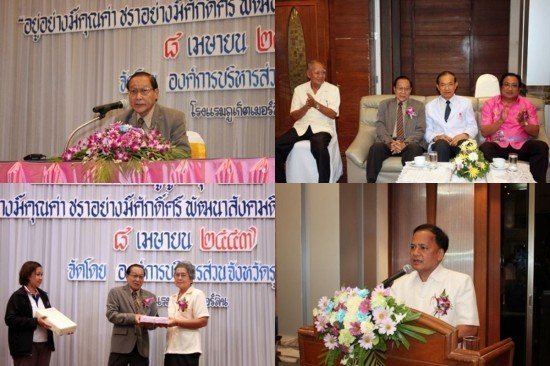 The annual celebration, attended by 340 senior members of the public, is recognition of the contributions made by senior citizens for the society, and at the event awards for “outstanding seniors” are given, as well as free health screens. Additionally, there are lectures on health and heart diseases by cardiologist Dr Kornwit Suklim from PPAO hospital, and live entertainment performed by members of the Senior Citizen Association.

Mr Chaowalit said that the celebration is based on the policy set by the Bureau of Empowerment for Older Persons aimed to raise awareness of the public on the importance of senior citizens. The policy advises that any National Senior Citizens Day celebration should include welfare and health programs. In organizing this event, PPAO hopes to continue the tradition of honoring the elderly so that they are considered an important part of the community and are veritable pillars of society. 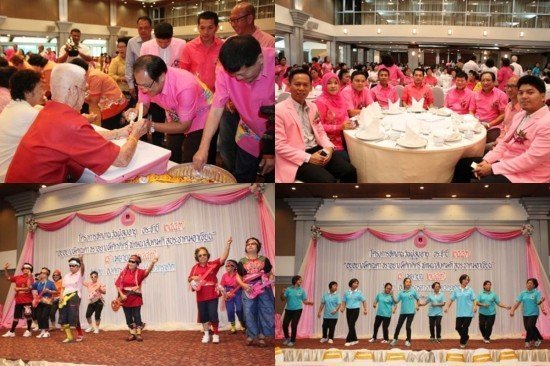