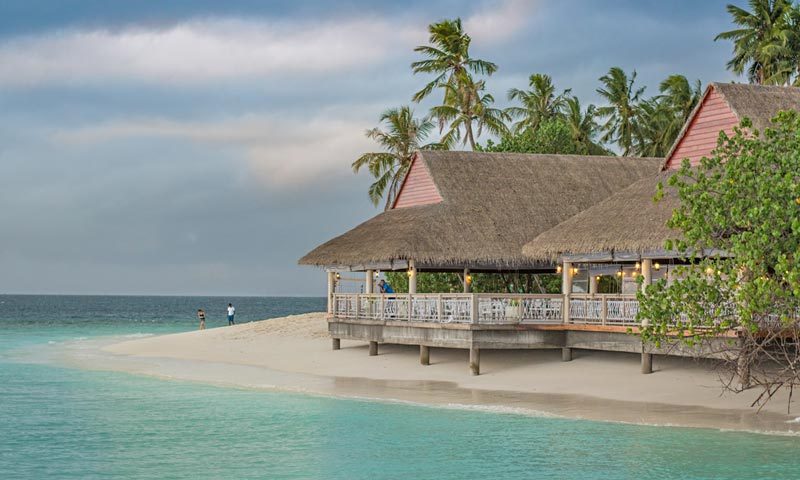 As the largest island in Thailand, Phuket offers many reasons why you should invest in real estate here. The main focus is on the very excellent infrastructure, including optimized medical care in case of emergency. The west coast of Phuket is strongly influenced by tourism, which can be interesting for various business ideas as a resident of the city. But how to realize the purchase of a villa in Phuket and what are the possibilities to hire a Luxury Villa Architect in Phuket to build your dream house?

The city of Phuket – tourist magnet and unique place of residence

A distinction must be made between the province of Phuket and the capital of the same name. The entire province has a population of more than 500,000 people and is famous for its role in the tourist sector. Foreigners arrive especially from European countries and not infrequently there is even in German-speaking countries such as Germany, Austria and Switzerland the desire to emigrate to Thailand and especially to Phuket.

However, Phuket as a place to live is also in other countries of the world and not least in Thailand itself an increasingly lived dream. The low construction costs, the possibility to build or buy your own dream villa directly on the beach and the optimized networking are important reasons why Phuket is often named ahead of cities like Pattaya when it comes to popularity.

But also purely economically, the city of Thailand has a lot to offer. The growth rate per year is around 10 – 12 percent, and at the same time more and more top earners and rich people are moving to Phuket, thus boosting the gross domestic product.

Choosing the location in Phuket carefully

Before deciding to buy or build a villa in Phuket, it is important to assess the different types of properties available and the price ranges. The price range is very wide, but also depends significantly on the exact location. Patong, for example, is one of the particularly popular residential domiciles, as it is not only home to Phuket’s largest beach, but also pulsates with nightlife.

Those who appreciate a refined infrastructure and would like to reach all relevant areas of the city within ten minutes are in good hands in Patong. This is also where Phuket’s largest shopping centers are located at the same time, although the number of tourists is very high during the summer months. More tranquility is provided in the regions of Kata and Karon, where there is also heavy tourist traffic, but the nightlife is not celebrated so excessively. Far away from the mass tourism are the two places Nai Harn and Rawai, where less hustle and bustle, but more nature and idyll are waiting for newcomers.

In the north, there are quieter resorts, such as Laguna. Here luxury is capitalized, many rich people build their residential villas and residences here to enjoy everyday life and indulge in nature. Mass tourism is no longer present far north, instead, depending on the season, well-heeled vacationers arrive to enjoy the modern western world with its luxurious lifestyle and the idyll of a dreamlike location.

Building or buying – for whom is it worthwhile?

Basically there are two ways to own a villa in Phuket. Important for both methods is to have a high level contact person, such as the Leading Real Estate Agency for Prime Properties and Beachfront Land, also, a crucial question is whether the buyer is from Thailand or from abroad. From a purely legal point of view, it is more difficult for foreign immigrants to own a house in Thailand than for residents of the country.

However, it is not out of the question for any group of people, because the land on which the villa is to be built can also be leased by foreigners for at least 30 years. Owning the land is therefore not possible, but it is possible to have a villa built by a renowned architect, which is then owned by the owner.

Villa according to own design wishes – when dreams come true

Even for tourists, a visit to Phuket is often more than they ever dreamed of. Miles of sandy beaches, friendly people, optimal care, shopping paradises, a pleasant climate and in addition an impressive flora and fauna. Thailand’s environment explains why people with high budgets would like to live here forever, sparing no expense or effort to have a design architect build their own dream home.

Owning a villa in Thailand, in Phuket, promises security for the future. Experienced designers and architects take a step-by-step approach to complete a true dream home to perfection. Starting from the foundation stone, to the design of an opulent garden, a conservatory overlooking the sea and a work designed according to the most modern criteria, what to build for eternity.

The prerequisite is a certain basic budget and the desire to move the living space to Phuket in the long term. After all, a property built specifically according to individual preferences is simply too bad not to use it permanently.

Buying a villa in Phuket is uncomplicated once the right property has been found. Teams of experts and experienced real estate managers support potential buyers in acquiring a villa tailored to their own needs. The offer is especially interesting for investors who have a higher budget and would like to call a living space in Phuket their own within the shortest possible time.

Compared to building your own villa, buying a domicile is the faster solution, but does not mean sacrificing luxury. Phuket’s shores are lined with unique villas and real estate deals offered only to exclusive clients. Working with an expert is crucial to actually being offered the right homes as an investor.

Life in Phuket for Foreigners

Not only nationals, but also foreigners have the opportunity to move their place of living to Thailand, although there are nearly too many tourists in the country. However, buying land and owning land is limited. However, since there is always the possibility of renting the land on which a villa is located for a certain period of time, there is nevertheless also the possibility for foreign investors to retire in charming Phuket.

Interested parties should not go alone on the search, but bring experts on board, with whom the desire of the dream house in Phuket can be fulfilled faster and above all legally secure.

5 Tips to Consider Before You Pursue Cloud Computing in Thailand