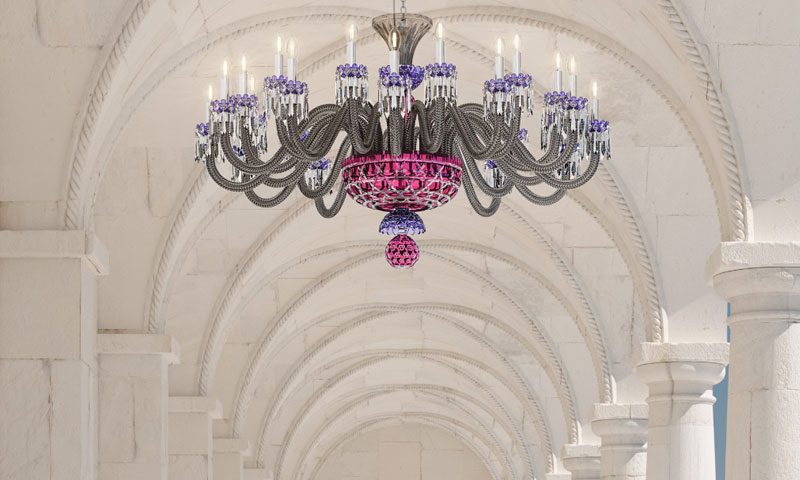 Do you happen to know the history of your crystal chandelier in Thailand? Crystal chandeliers are usually seen suspended over an elegantly laid-out dining table in a stylish and sophisticated dining room in the finest homes in Thailand.

But crystal chandeliers in Thailand have an interesting history that began in churches and abbeys of medieval Europe in the 15th century.

But you’d hardly recognise the chandeliers of that age when compared with the crystal chandeliers in Thailand today. Chandeliers started their history as simple wooden crosses with animal-fat candles at the ends of their arms that were hung in churches and abbeys so people could worship at night as well as the daytime.

The royalty, the nobility, and the wealthy class could afford these large and cumbersome illumination devices hung in their homes. The lower classes not only couldn’t afford them, but they also had no use for anything that provided light after the sunset as their lives revolved around the daylight hours. When the sun went down, it was time for them to sleep.

Birth of the Crystal Chandelier

As these ‘chandeliers’ (the word is derived from the French word for candle) became more popular with the moneyed classes, they became more ornate and stylised.

In the 16th century, artists of the era took note of the refractive qualities of rock crystal and began using these crystals in the chandeliers they designed and created. The prismatic effects of the light refracting through these crystals gave stylish rooms in the palaces and estates an even greater breath-taking beauty.

But these crystals were hard and difficult to cut with precision. In the late 17th century, an English glass-smith named George Ravenscroft developed the process that gave the world leaded glass. This was a softer material that still had all the refractive qualities of rock crystal.

But it wasn’t until almost a hundred years later that an Austrian named Daniel Swarovski (a name that might ring a bell) created a precise system of cutting facets and bezels into the glass. He was the catalyst behind the types of crystal chandeliers in Thailand today.

As the traditional candle slowly gave way to electric lights in the early 20th century, engineers sought to maintain the colour temperatures of candles in the light bulbs. Everyone realised that people just looked better in the soft, warm light cast by candles. It improved skin tones and cast attractive highlights in people’s hair.

Today, most crystal chandeliers in Thailand will use either incandescent or LED light bulbs. Only these types of lights can offer the same desirable warm tones that improve people’s looks when they’re gathered around an elegant table, enjoying dinner.

But the elegance of a spectacularly designed chandelier will probably always be with us. From their origins in Europe to their appreciation by people of discernment everywhere around the world. The special cachet that a quality chandelier adds to a dining room or entryway will always be enjoyed.

Diabetes affects people all over the world. And the prevalence of diabetes is getting worse…

How to Pick a Destination Luxury Spa in Phuket