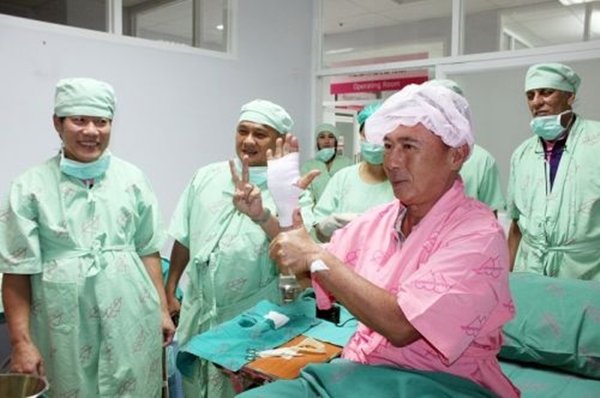 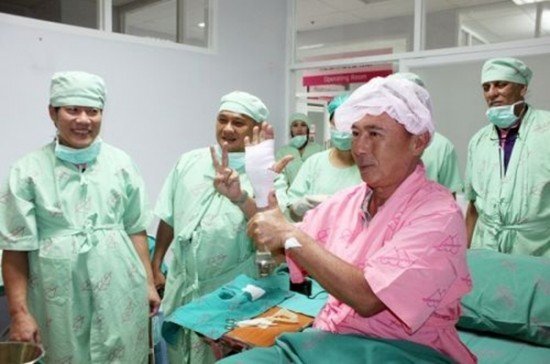 Following the opening ceremony, officials were invited to witness an operation performed by Dr Wichai.

The program, the second of its kind, offers operations to trigger-finger sufferers free of charge.

Treatments, performed by Dr Wichai, are short and effective. Trigger finger is a muscular illness suffered by all age groups and demographic but is found more in working group who repeatedly use their fingers. The symptoms are pain at the affected areas, inability to use the hands, and sufferers usually can never regain full performance. 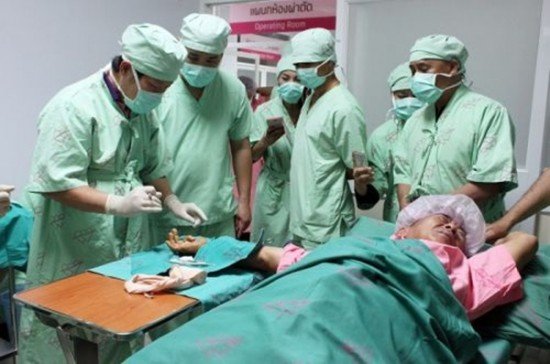 President Paiboon commented on the success of the first program offered on April 23, 2012, which was also supported by the same alumni. At that time, 27 patients received operations. The success inspired the funding body to organize a second round of free treatments. This time, 30 applications were received, but only 21 are eligible to undergo treatment, according to Dr Wichai. He also thanked the Amnuaisilp Alumni for its support.

Governor Nisit reiterated the symptoms of trigger finger as explained above. He was delighted that the operations will improve the lives of sufferers. He also commented on the program which he said created a good connection between the Hospital and the community. He ended by thanking both PPAO Hospital and Amnuaisil Alumni for giving the support for this project. 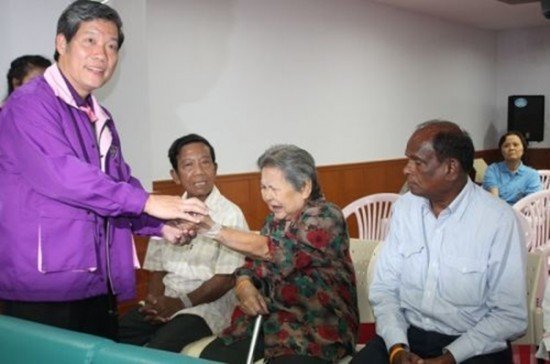