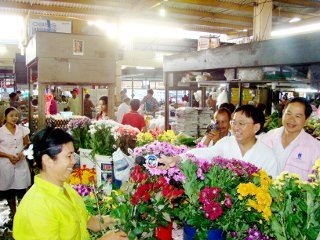 One third of women and girl victims are fear to report to the police. It’s important to encourage them to stand up and fight for their rights. Meanwhile the supporting about ending violence against women is needed to promote.

Khao Khad – Beautiful As a Postcard