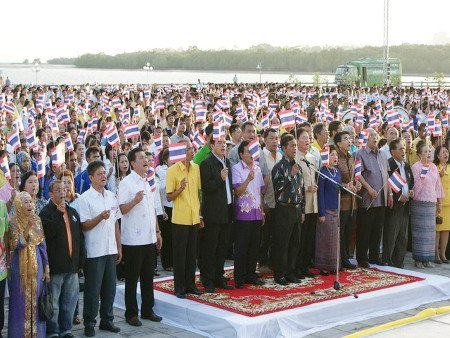 “Thai Kem Kaeng” was launched on Friday, September 18, 2009 which is open to everyone express love to Thailand by singing the Thai national anthem in all provinces, which beginning on 20 September – 4 December, 2009. Start from Krabi – Bangkok and take the importance place of each province with using a network of radio stations in Thailand and connect to television and radio waves simultaneously across the country.