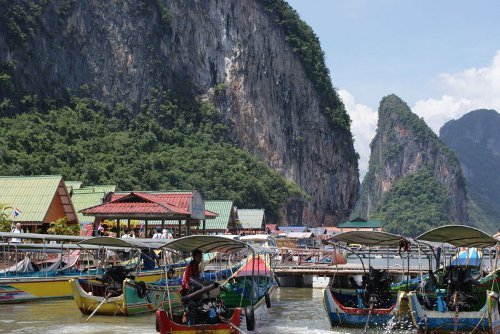 Friday, 2 September, 2009 – Rawai Subdistrict Municipality has realized the importance of Phuket Sea gypsies’ institutions. The Sea gypsies are originally Moken who has settled down in Phuket for 100 years.

The particular traditions took place at their village with Phuket vice governor, Chief Executive of the PAO, Phuket officers and villagers.

Chief Executive of the PAO said “Their traditions are very uniqueness, and we should keep preserving to their next generation”.

There are local sports like football, sea boxing, Thai boat game and folk performances in the philanthropy, as well.