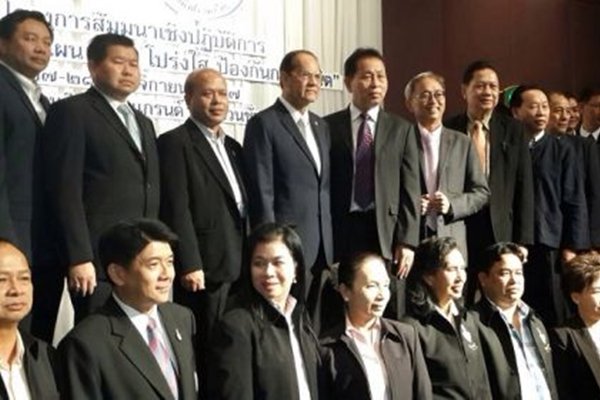 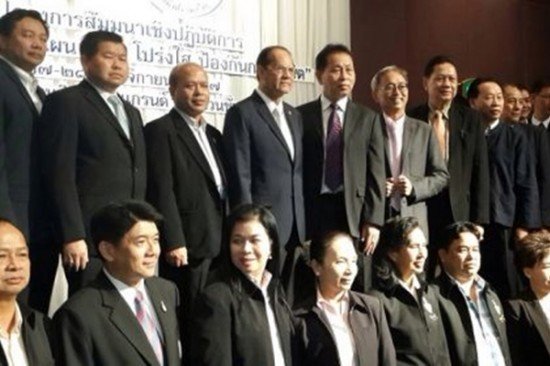 A team of PPAO officials led by its President Paiboon Upattising took part in a two-day seminar on transparency and anti-corruption management for Provincial Administration Offices. The seminar, organized by the Office of the National Anti-Corruption Commission, was held at the Miracle Grand Convention Hotel, Bangkok, on November 27 – 28 2014.

Corruption is a national challenge and one that all sectors are making a concerted effort to prevent and eliminate from all levels in order to create an ethical society whose authorities are honest, transparent and subject to investigations.

Recently, PPAO received an anti-corruption award of the year 2014 from NACC. It has also signed an MoU with the NACC on the occasion of NACC 15th anniversary on November 17, 2014. Only two provincial administration offices received this award – Phuket and Chacherngsao. On a subdistrict level, 15 SAO received the same award.