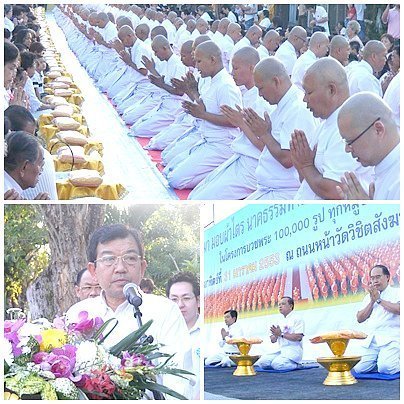 Recently, Teerayuth Aiumtrakul, the Vice Governor of Phuket, presided over the provincial group ordination. The ordination was held follow the national ordination project held during January 19th – March 8th, 2010. For Phuket there were 118 local men attended the ordination.

Teerayuth mentioned that the project’s objectives are to give the opportunity for young man to study Buddha’s sermon which can prevent their mind from allurements which lead to ruin and they later can help to renovate the good moral in the society and maintain the Buddha’s teaching in Thailand.