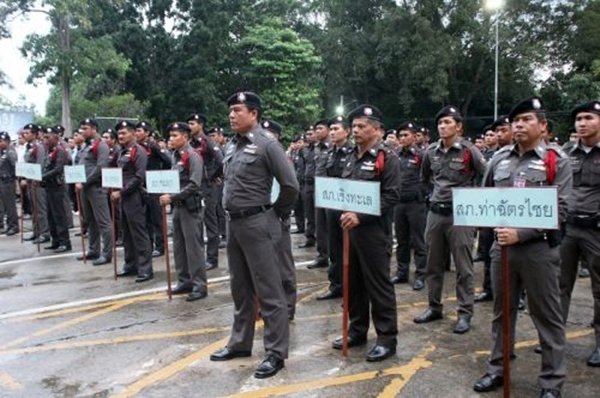 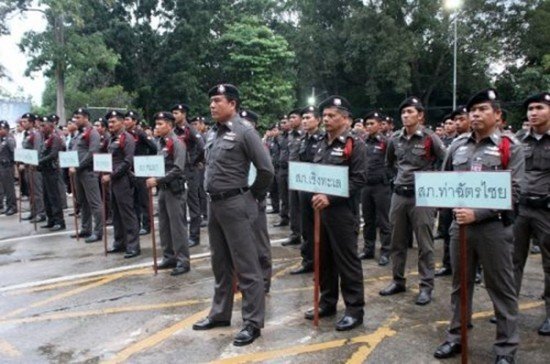 The mobilization of a 353-strong police force, overseen by Deputy Commissioner of Region 8 Police Pol Maj Gen Krajang Suwannarat, was witnessed by high-ranking government officials on the evening of Tuesday December 20th 20414 in front of the Phuket City Police Station. 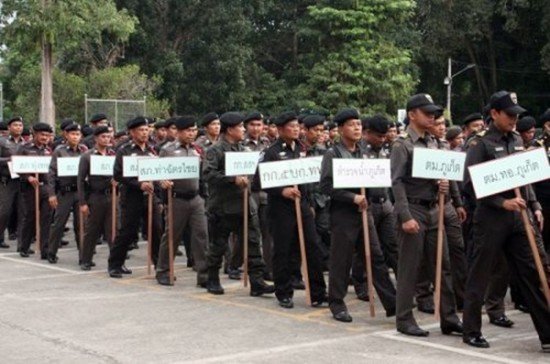 The mobilization follows instructions from the Royal Thai Police which orders all police units to up the crime control activities during December 20 – 5 January 2014. The show of strength aims to increase tourist safety and confidence during the time when both locals and tourists travel widely. All 353 police were made up of officers from the Regional Police, Region 5 Tourist Police, Immigration, Airport Immigration, Region 8 Marine Police, Phuket Security Police, Narcotics Suppression Unit, Forensic Department, as well as community police volunteers. All are ready and will do their best to protect the lives and properties of members of the public.