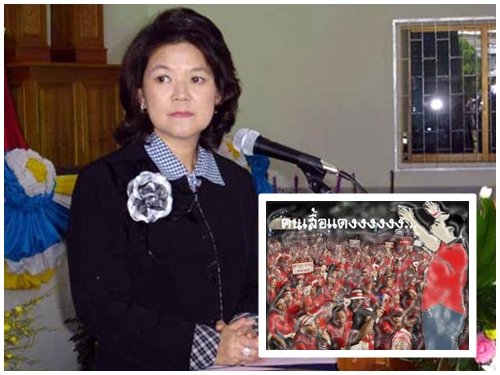 Anchalee Wanich Thephabutra, the Deputy Secretary General to the Prime Minister of Thailand, told journalists in Phuket that the protests by NOR POR CHOR or National United Front of Democracy against Dictatorship (UDD) at Rachaprasong intersection in Bangkok had affected lots of business entrepreneurs in the area.

The government has discussed how to help entrepreneurs due to this. She also said tourists had decreased about 30% because of the protests. Most of the tourists who canceled their trips to Thailand were from China, Korea, and Japan, which were the main targets of Thailand’s tourism industry. Not only in Bangkok, but tourist spots in the south of Thailand like the Andaman region and Samui Island were also facing the protests’ side effects.

PCM gives money to elders and AIDS patients in Phuket