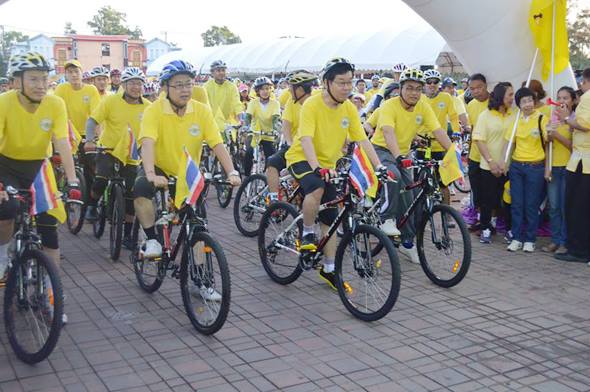 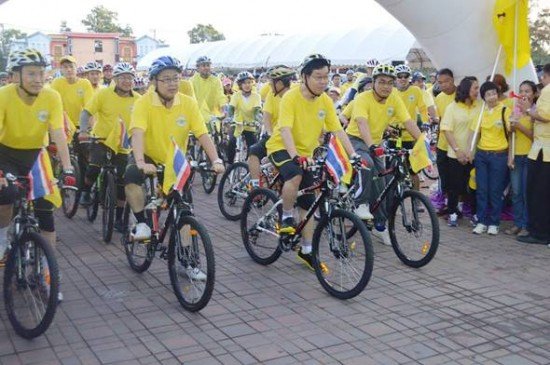 The Phuket Bike for the King took place yesterday, 10th December 2014, with about 1,000 participating cyclists.

The Deputy Minister of Public Health Somsak Chunharas officiated at the Phuket Bike for the King cycling event and oversaw government officials and about 1,000 participants all set to cycle in the event.

He said that the ministry is creating an awareness of health-care among the public at individual, family, and community levels to build a caring society.

He also said that Phuket has a large number of cyclists who take care of their health, making it appropriate to use bicycles as a tool to promote health-care awareness.

According to the Inspector-General of the Ministry of Public Health district 11, Suwanchai Wattanayingcharoenchai, the Phuket Bike for the King event is held with the cooperation of the Phuket Provincial Public Health Office and other health agencies to celebrate the auspicious occasion of His Majesty the King’s 87th birthday anniversary on 5th December 2014 and to encourage the public to exercise more.