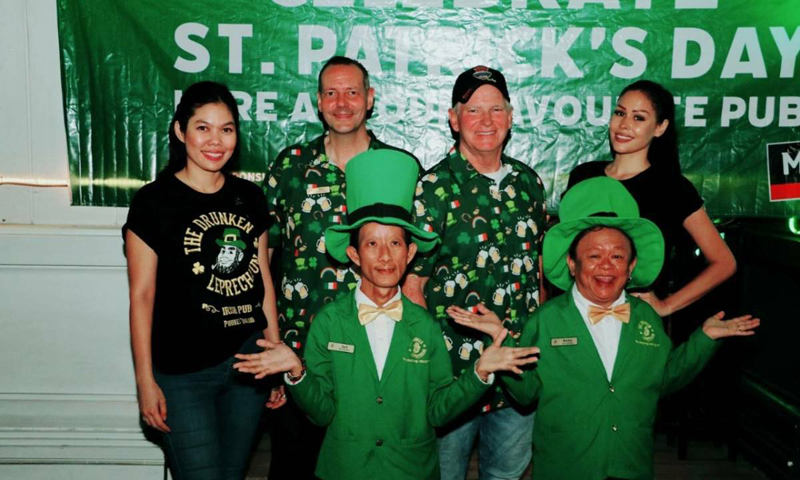 The Drunken Leprechaun, the No.1 Irish pub in Phuket and voted number 1 by TripAdvisor reviewers!!, is introducing for the first time in Thailand, the “Dueling Piano” act, a concept which evolved from the late 1890s Ragtime era, where two pianists would “duel” for the crowds’ attention and tips.

At The Drunken Leprechaun, two pianists will duel popular classics, that people of all ages know and love. Tunes ranging from rock & roll, classic rock, R&B and country will be belted out on the pianos.

Top 40 hits from over the years like Journey’s “Don’t Stop Believing”, which was made popular with the younger generation due to the TV show “Glee”; Neil Diamond’s oldie goldie “Sweet Caroline”; and Billy Joel’s classic “Piano Man” would just be too ironic to pass up. Of course, the karaoke favourite, “Brown Eyed Girl” by Van Morrison is perfect for Thailand, while it would be hard to imagine a dueling piano act without Queen’s “Bohemian Rhapsody”, which shook the music world in 1975.

The “Dueling Piano” act will take place from 9pm to 12am (midnight), six days a week.

A fun fact about the dueling piano act is that it was first held in Pat O’Brien’s Irish Bar in New Orleans in 1933. The pub had a room where two pianists would entertain the crowd on copper-topped baby grand pianos and players would take turns singing songs requested by the audience, written on cocktail napkins. The show quickly became a favourite of locals. So, come with your song requests and don’t be afraid to sing along!

Our famous hangover breakfast for 349++ baht is a must-have, even if you’re not hungover! Another enticing offer is our duo combo set, a Leprechaun Burger and a beer for 429++ baht. 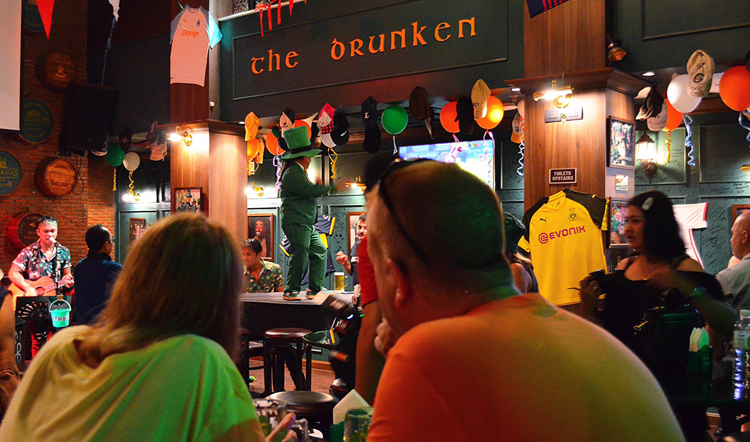 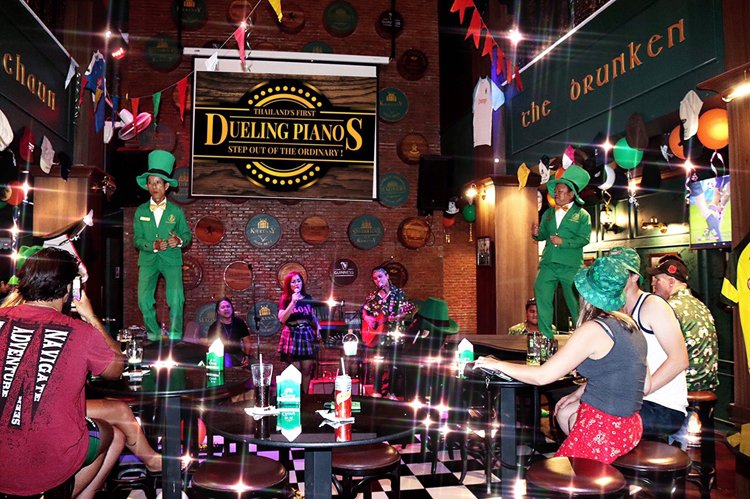 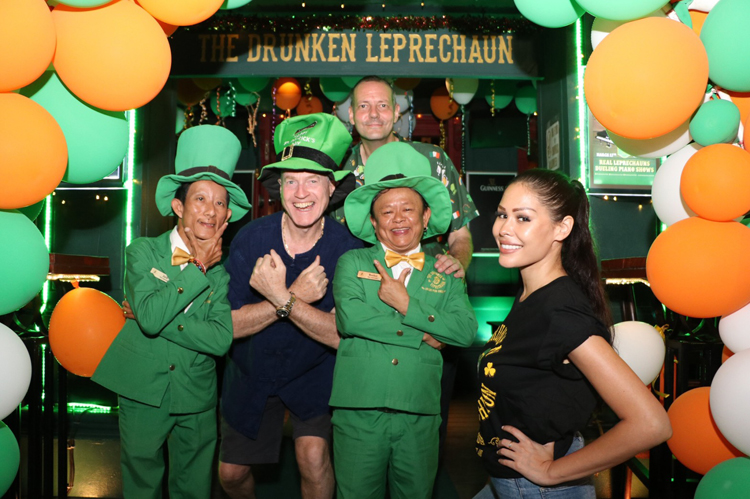 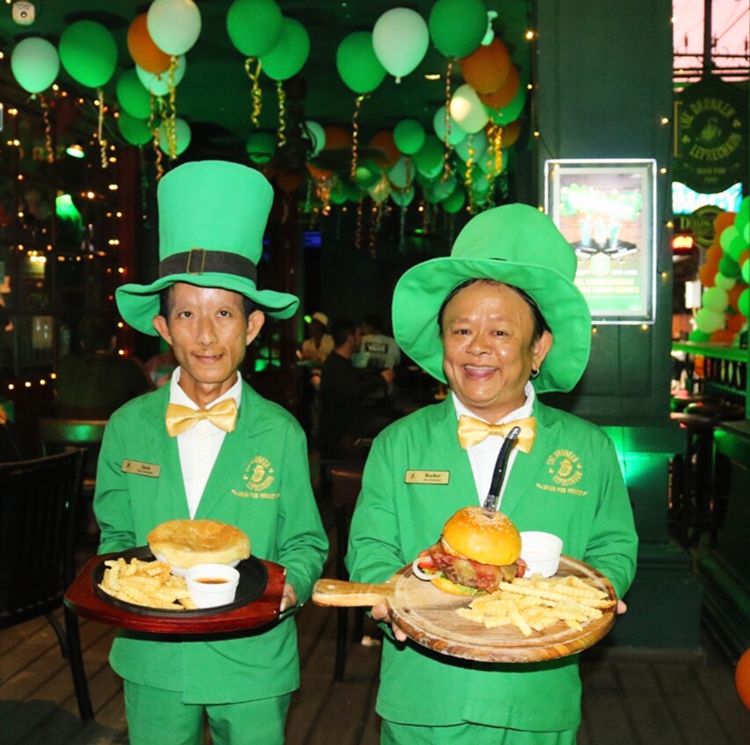 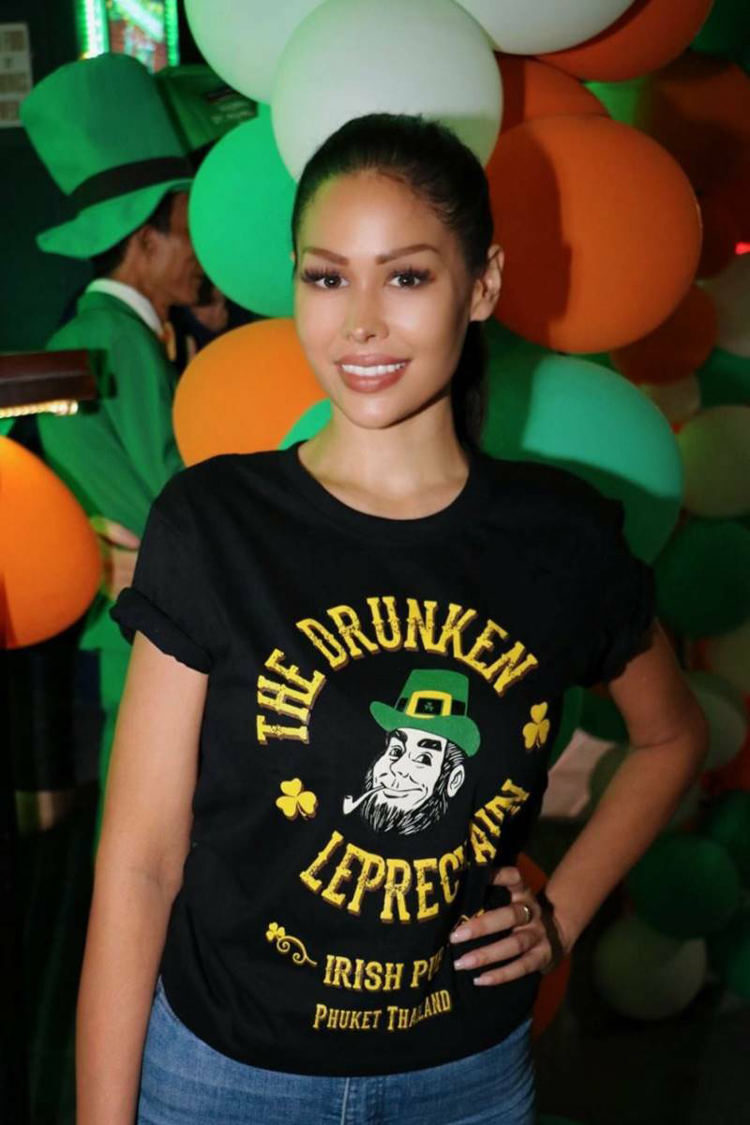