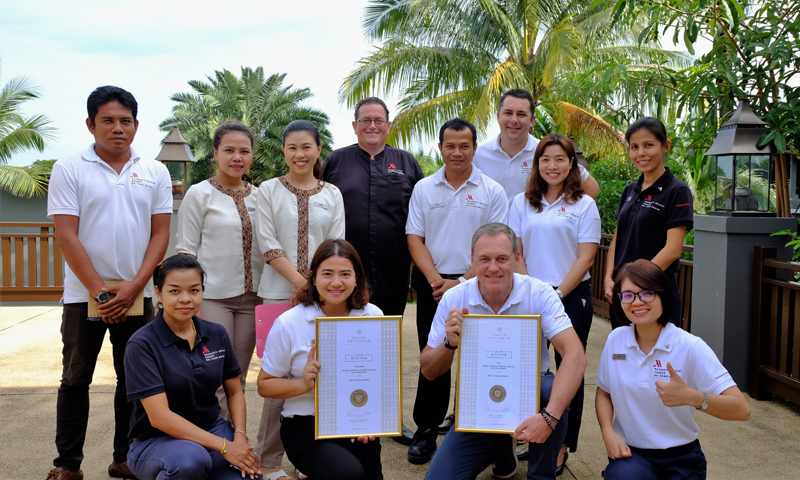 The resort, which is nestled on the pure shores of Phuket’s secluded northwest coast, has been named as the “Best Hideaway Resort in Asia” and the “Best Seaside Resort in Thailand” at the 2019 Haute Grandeur Global Awards, which honor the very best hotel experiences across 172 countries and 90 categories.

Created to celebrate hotel, spa and restaurant excellence, these prestigious awards are regarded as the pinnacle of achievement in the global hospitality industry. The winners were officially revealed in a red carpet award ceremony and glittering gala dinner, which took place at The St. Regis Kuala Lumpur on 19th October 2019.

These latest awards come just two months after Phuket Marriott Resort and Spa, Nai Yang Beach won two titles at the World Luxury Spa and Restaurant Awards. “We are thrilled to have been recognized by the global hospitality industry once again. The Haute Grandeur Global Awards are a world renowned institution with a reputation for excellence, so to be among the award winners is a truly humbling achievement. With our serene and secluded seafront setting, we strive to be an outstanding hideaway resort and a sensational seaside resort. To win awards in both of these categories is extremely satisfying and shows that we are achieving our goals,” said Gerd Kotlorz, General Manager, Phuket Marriott Resort and Spa, Nai Yang Beach.

The Haute Grandeur Global Hotel Awards were established in 2014 as an independent and unbiased initiative to recognize the very highest achievements from across the global hospitality industry. The awards are based on the quality feedback from guests, rather than the quantity of votes by a panel of judges, which guarantees that the awards are a fair and transparent.

With its pristine coastline, tropical pools, lush landscaped gardens, stylish restaurants and bars, and authentic local ambience, Phuket Marriott Resort and Spa, Nai Yang Beach allows guests to discover a fresh side of this popular holiday destination, away from the busier tourist areas. It has already won several major international awards since it opened its doors in 2016, and continues to achieve outstanding levels of guest satisfaction.

Trick or treat by Swissotel Patong