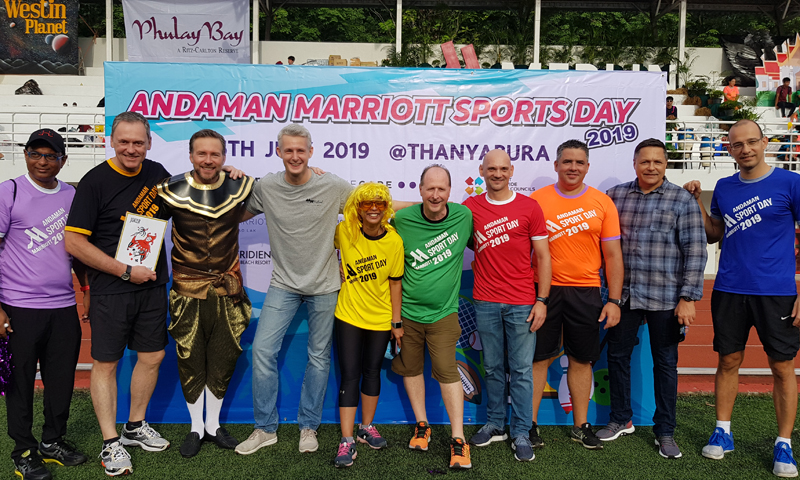 On July 6th, approximately 1000 associates from nine Marriott properties in Phuket, Krabi and Khao Lak competed in a series of sporting competitions, including soccer, running, badminton, sepak takraw, beach volleyball, chairball and table tennis and the latest added swimming. Each hotel had their theme set up at stadium and team of cheerleaders to motivate the athletes before the games began, and medals were awarded to the winners.

This year each resort tend to come up with sustainability theme set up and costumes which was great effort towards green awareness and it is one of the brand core value 360 doing good in every direction.
The Andaman Sports Day forms part of Marriott’s global “Take Care” program, which helps to ensure the physical and mental wellbeing of every associate.

Marriott International is the largest hotel group in Thailand.