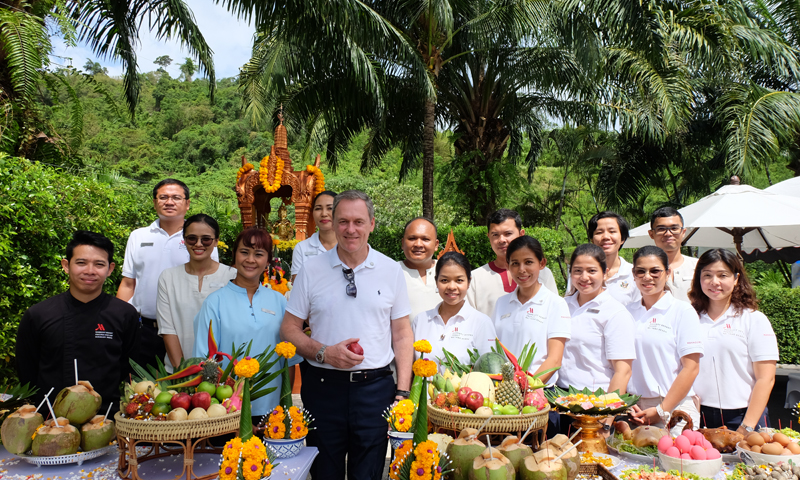 Phuket Marriott Resort and Spa, Nai Yang Beach celebrated its third anniversary on Sunday 5th May 2019, with a Buddhist blessing ceremony at the Paksasawan Ballroom.

Nine monks from Phuket’s Nai Yang Temple were invited to the resort to take part in a merit making and blessing ceremony, in the company of the resort’s management team and associates. Alms were presented to the monks and the team members took part in prayers for good fortune.