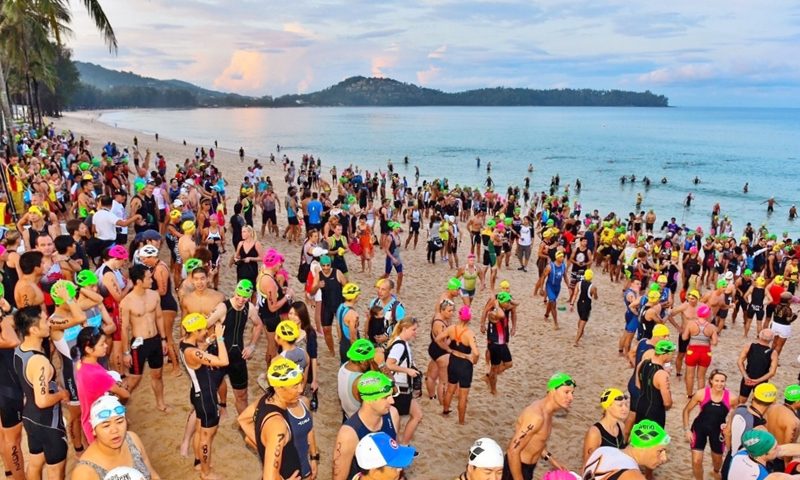 Dubbed “The Race of Legends” and comprising 1.8Km swim, 50Km bike and 12Km run in Asia’s premier destination resort “Laguna Phuket” area as well as various scenic locations in Thalang District of Phuket Island, Laguna Phuket Triathlon will once again be participated by thousands of athletes and spectators from around the world.

The enduring appeal and unique race distance of Laguna Phuket Triathlon attract entries from leading international pro athlete personalities, as well as age groupers worldwide. Weeks leading to the race, once again, see athletes and visitors descend to Phuket island to train, practice on course and take interval rest to get ready for the race on Sunday 18 November which is expected to be exciting. With athlete’s followers and supporters also traveling to Phuket, the race is expected to generate more than 94 million baht spending in tourism segment for the island

“I am pleased that 25th Laguna Phuket Triathlon will once again attract athletes from around the world to Phuket Province,” said Prapa Hemmin, Event Director, represented Laguna Phuket at the press session, “We are expecting more than 1,200 athletes to join the race on Sunday, plus more than 2,500 to participate in the Charity Fun Run on Saturday 17 November – all will help us celebrate the race’s 25-year milestone,”

“I’d like to take this opportunity to thank the Phuket Province, Phuket Tourism Communities and the people of Phuket for helping us welcoming athletes and visitors, as well as showcasing Phuket’s authentic food and culture at our race,” she concluded.

Like every year, Laguna Phuket will also be fundraising for Laguna Phuket Foundation during LPT. Athletes booking their slots in Laguna Phuket’s sporting events are being asked to raise funds through donations and sponsorships for the resort’s long established “Laguna Phuket Foundation” to operate its various charitable programmes such as Community Learning Centre, Mobile Learning Centre, Seedlings Phuket Social-Enterprise Restaurant, Children First Fund and etc. Athletes can make donations via online event registration and at the donation booth at the event.