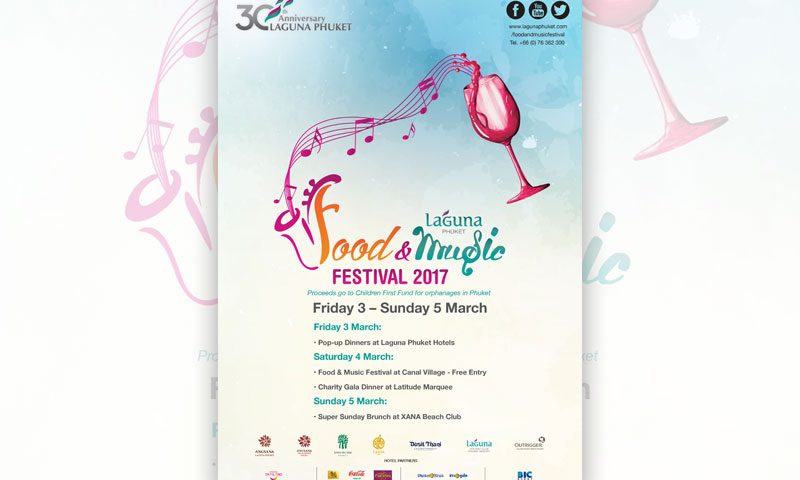 To heighten Phuket Province’s status as a “City of Gastronomy” conferred by the UNESCO, the inaugural Food & Music Festival will set the stage to create yet another lifestyle destination event from Friday 3 March to Sunday 5 March 2017 within Laguna Phuket resort complex in celebration of its 30th Anniversary in 2017.

“CHILDREN FIRST FUND” A STEP AHEAD IN EMPOWERING PEOPLE 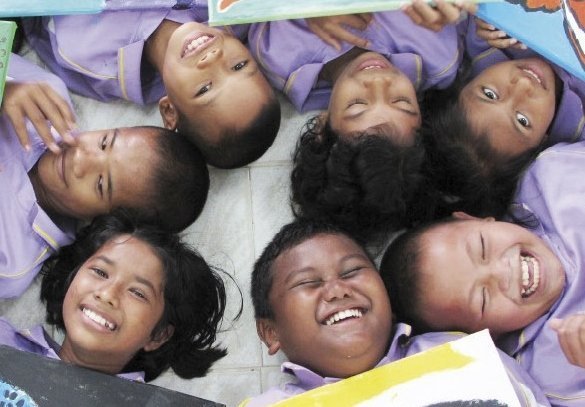 To mark the resort’s significant 30-year milestone in 2017, Laguna Phuket will present an exciting year-long campaign with several keynote events at Asia’s premier destination resort, with its three-kilometre pristine Bangtao Beach at northwestern Phuket Island, Thailand. Staying true to its ethos of Empowering People throughout its celebrations, a Children First Fund with the objective of “Nourishing Hearts, Inspiring Dreams” has specially been set up. Part proceeds of the key events will be contributed in support of the nutrition of needy children in Phuket orphanages.

“Marking our 30th Anniversary with the focus of nurturing the future generation, we have set up the Children First Fund. The first-ever Laguna Phuket Food & Music Festival, working with popular Celebrity Chef Audra Morrice, and our other key events throughout the year will be unique platforms to raise funds for the needy children, developing aspiring youths and giving back to where we operate in,” said Ravi Chandran, Managing Director of Laguna Phuket.

Ringing in the mood of festivities on 3 March, various Laguna Phuket’s resorts will whip up sumptuous Music & Wine dinners.

The Festival’s star-studded Charity Gala Dinner with auctions will be held on 4 March at the resort’s grand Latitude Marquee with celebrity stars’ appearance, priced at THB 3,000 per person or THB 28,000 for a table of ten.

For more information, please visit www.lagunaphuket.com/foodandmusicfestival, call +66 (0) 76 362300 ext. 1404 or email: ticket@lagunaphuket.com and follow us on Facebook/LagunaPhuketResort.

Phuket Has Been Good To Us :: Family Coloured Obstacle Challenge