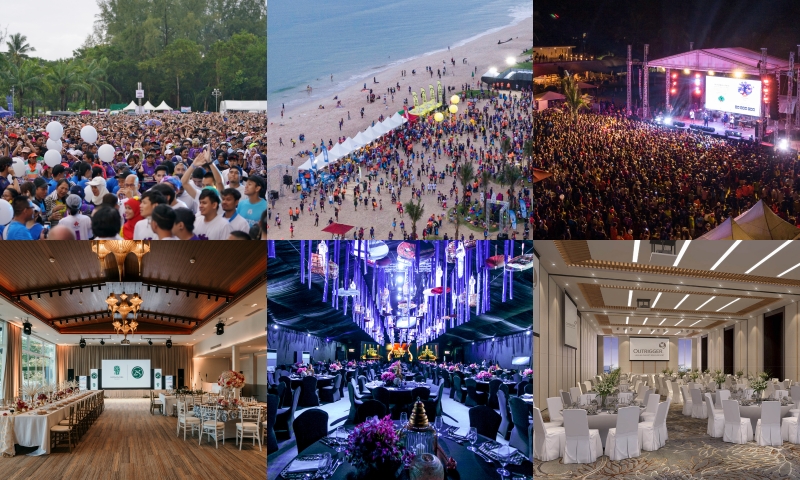 The 10.6 Km charity run was the finale of Kao Kon La Kao – Southern Series that covered more than 300-kilometre run from Trang Province through Krabi and Phang-Nga to Phuket over the course of 4 days (during 24-27 October), raising more than USD 1.32 million (as of 30 October) to help 7 hospitals in 5 southern provinces in Thailand.

Celebrating significant additions to MICE facilities across Laguna Phuket, the event marked the highest number of event participants welcomed at Laguna Phuket within one single day.

The previous record for the resort was the two-day Laguna Phuket Marathon 2019 in June where 12,000 international runners participated.

“Besides the success of this mega charity run as selected venue host to play our part for the community, Laguna Phuket has recently strengthened its MICE capabilities with the addition of different MICE venues in our integrated resort to woo organisers seeking to curate events and conferences with a difference,” said Mr Ravi Chandran, Executive Vice President of Banyan Tree Group and Managing Director of Laguna Phuket.

“Celebrating Banyan Tree Group’s 25th anniversary this year, Banyan Tree Phuket has launched its exquisite 420-sqm Lagoon Deck event venue in May 2019 while Angsana Laguna Phuket held the grand opening of ACES Laguna Phuket in September 2019 – a 1,500-sqm convention and exhibition space. With a capacity for 1,500 delegates, ACES Laguna Phuket is one of the largest covered MICE spaces in Phuket. It is now sought as a popular venue for galas and weddings,”

“The spacious 640-sqm Similan Ballroom at Outrigger Laguna Phuket Beach Resort will also soon be added to Laguna Phuket’s MICE portfolio and is slated to open in January 2020,”

“With Phuket being one of Thailand Convention and Exhibition Bureau (TCEB)’s key MICE cities to welcome delegates from Southeast Asia and around the world, the continuous stream of mega events and MICE developments at our integrated resort will reinforce our position as a regional MICE leader in Southeast Asia,” he concluded.

The Best of Thai Produce at Jaras Restaurant

Novotel Phuket Phokeethra have purchased AEDs for the prevention of emergencies