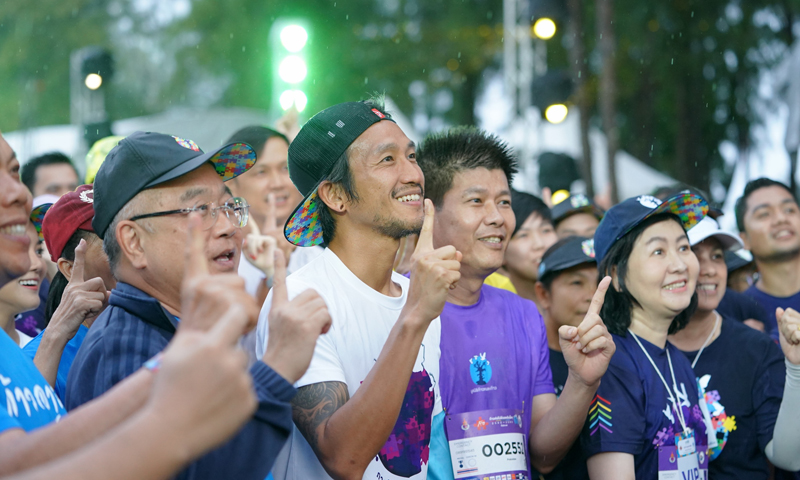 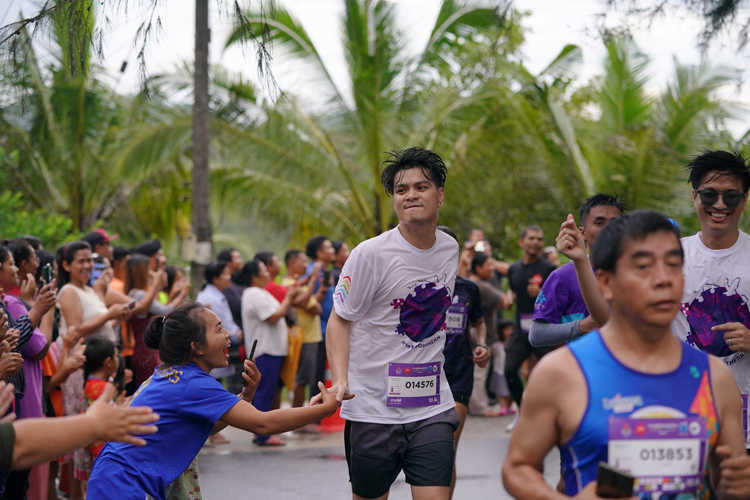 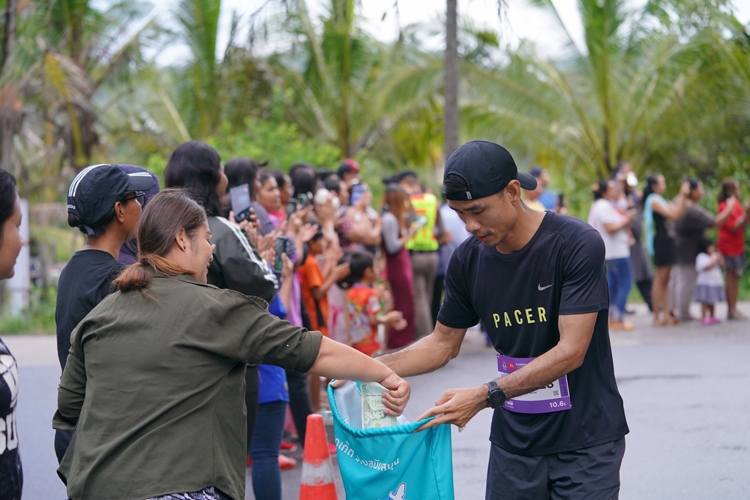 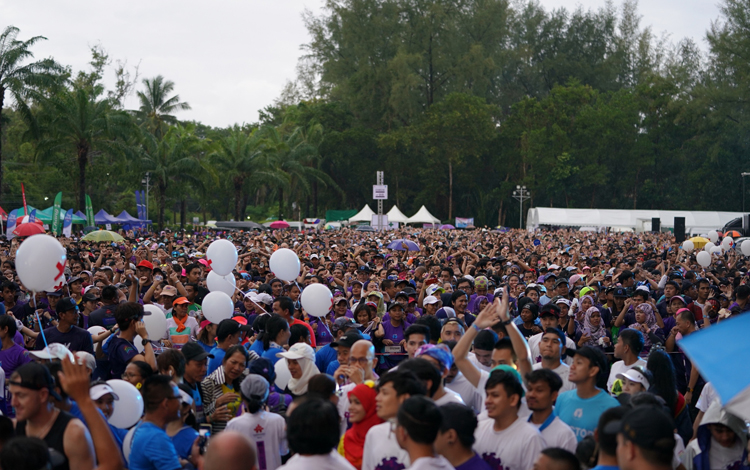 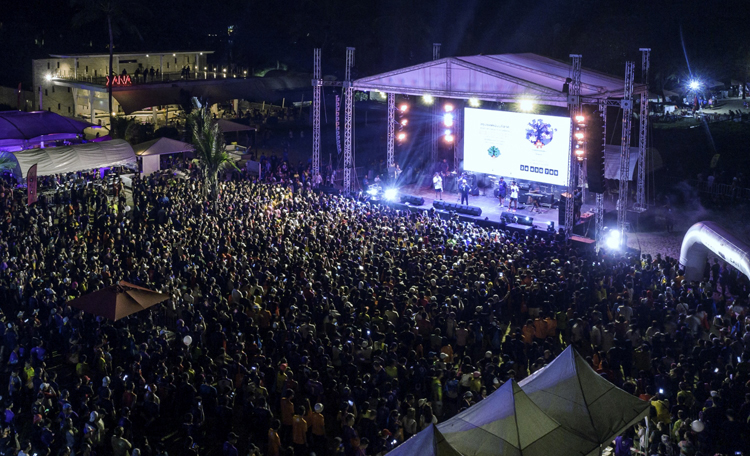 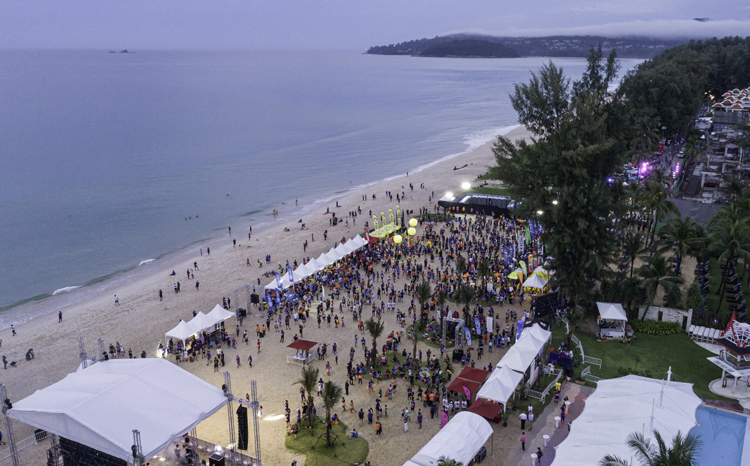 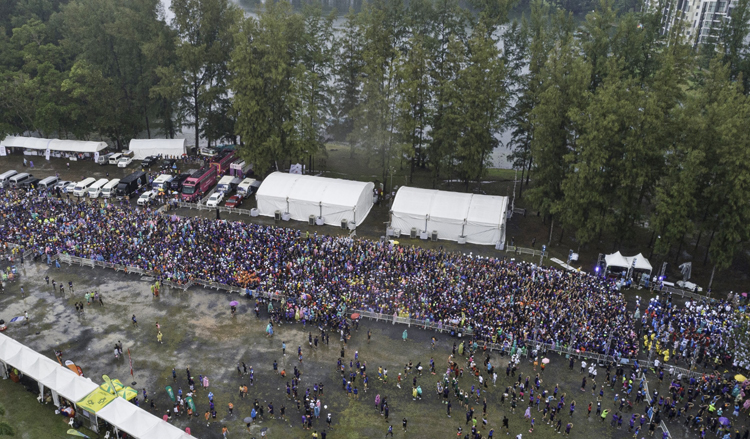 Breaking record as highest participated mini-marathon event ever held in the South of Thailand, the run through Laguna Phuket was the finale of Kao Kon La Kao – Southern Series – which covered more than 300-kilometre run from Trang Province through Krabi and Phang-Nga to Phuket over the course of 4 days (during 24-27 October.)

The event started in the rain at 4pm on Sunday 27 October at Laguna Grove, the resort’s largest outdoor event venue set alongside beautiful lagoons. Led by Toon and many celebrity runners; Warintorn “Great” Panhakarn, Teeradetch “Alek” Metawarayut, Rachawin “Koy” Wongwiriya, Big Ass band members and Rusameekae Fagerlund, to name only a few, waves of charity runners ran through Cherngtalay communities where thousands of local villagers lined up along the run course to show support and help donate. The finish line was set at XANA Beach Club, the stunning Bang Tao beachfront venue within Angsana Laguna Phuket resort. At the sunset finish, an exclusive mini concert awaited all runners to celebrate their philanthropic journey together.

“Having hosted numerous mega events like annual Laguna Phuket triathlon and marathon, concerts and DJ functions at both Laguna Grove and XANA Beach Club, we were excited and confident to be the selected venue host of this meaningful mega run for our long-term charity partner Kao Kon La Kao,” enthused Ravi Chandran, Executive Vice President of Banyan Tree Holdings and Managing Director of Laguna Phuket.

“Congratulations to Kao, Toon and all charity runners on the huge success today! As a member of Phuket community and in line with our Group’s ethos of empowering people, I’d like to thank Toon for his dedication behind all of Kao’s endeavours that has helped hospitals in Thailand and inspired healthy lifestyle since his first charity run in 2016” he concluded.

As of today, Kao Kon La Kao – Southern, has raised 36 million baht for 7 hospitals in 5 southern provinces in Thailand including Phuket. Fundraising for the South series continues at www.kaokonlakao.com and partnered platforms till the launch of Kao Kon La Kao – Northern Series later this year.

For more information;
About Kao Kon La Kao Foundation and charity run projects at www.kaokonlakao.com
About Laguna Phuket at www.lagunaphuket.com